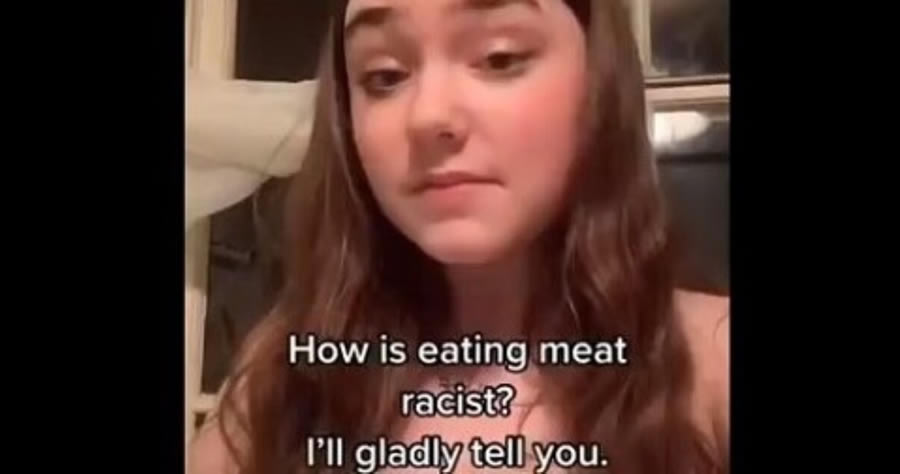 A TikTok video that has subsequently gone viral on Twitter about racism allegedly inherent in meat consumption could be a bizarre parody of wokeism. Either way, the content is in extremely poor taste, as it were. It has also prompted widespread ridicule on social media.

In answering a question that no one asked, a young woman explains in the one-minute video how eating meat is racist, with a odd prologue in which she opines that “looks like we’ve got an oppressor on our hands.”

The woman claims, among other things, that “when you go to the store and buy a piece of meat as a white person, you are actively taking away a piece of meat that could be being enjoyed by survivor of ancestral slavery,” recalling that slaves were only permitted to eat unwanted scraps.

It appears that the video may have initially been shared by a conservative Twitter user with the handle @italia_patriot who captioned it “Parents, you need to remove your kids from libtard schools asap!!!”

The Twitter jury is still out as to whether this video is an ill-advised, if not wholly offensive, prank, however. Here is a sampling:

Her delivery, as well as the unadulterated absurdity of what she's saying, indicates to me that it must be a parody.

Please let it be a parody.

"During slavery times", said no person with any considerable intellectual capacity ever.