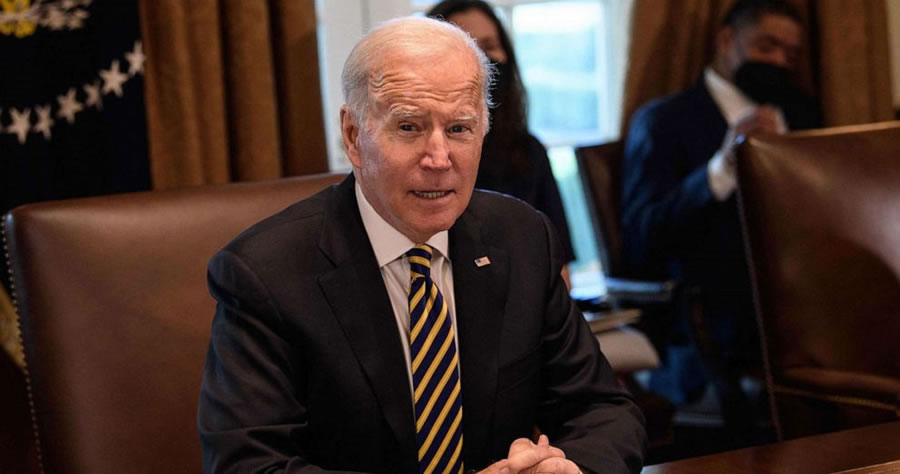 While a year is a lifetime in politics, the Democratic Party’s difficulties are deep; they include soaring economic discontent, a president who’s fallen 12 percentage points underwater in job approval and a broad sense that the party is out of touch with the concerns of most Americans — 62% say so.

About as many people see the Republican Party as out of touch (58%), and there’s some solace for Democrats in other results. Notably, President Joe Biden’s keystone policy initiatives are far more popular than he is, with 63% support for the $1 trillion infrastructure bill passed by Congress and 58% support for the now nearly $2 trillion social spending bill still under debate.

Yet, with the infrastructure bill secured, Biden gets little credit in this poll, which was produced for ABC News by Langer Research Associates. Just 31% say he’s keeping most of his major campaign promises, and 35% think he’s accomplished much overall. And while most support his spending and policy plans, crosswinds are evident, as 59% worry he’ll do too much to increase the size and role of government, up 6 points since spring.

As things stand, if the midterm elections were today, 51% of registered voters say they’d support the Republican candidate in their congressional district, 41% say the Democrat. That’s the biggest lead for Republicans in the 110 ABC/Post polls that have asked this question since November 1981. Indeed, it’s only the second time the GOP has held a statistically significant advantage (the other was +7 points in January 2002) and the ninth time it’s held any numerical edge at all. 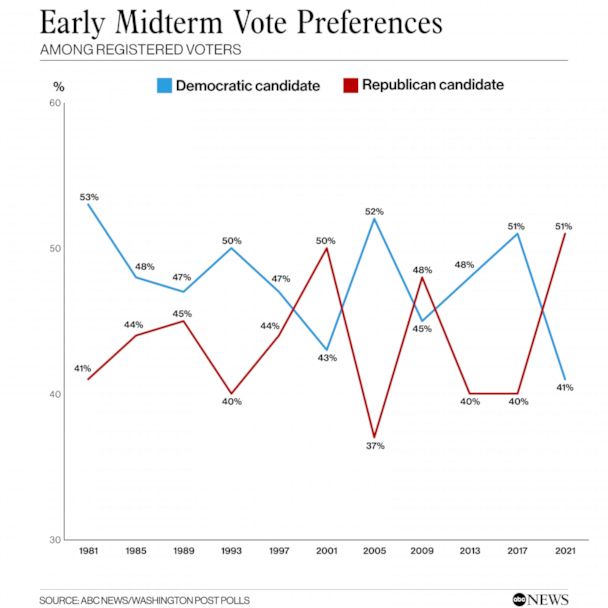