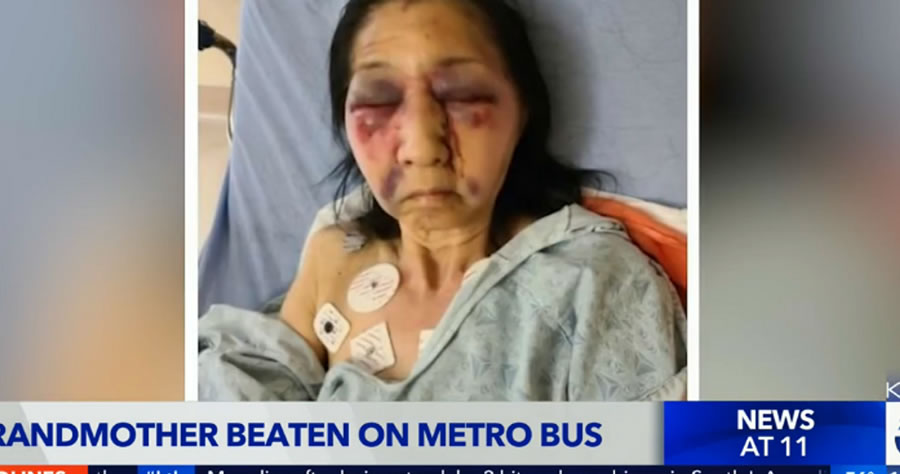 An elderly Mexican American woman from Los Angeles was left severely injured on April 9 after another passenger assaulted her on a Metro bus.

The 70-year-old woman, identified as ‘Becky,’ was left with a swollen face and eyes, a broken nose, and a concussion, after being attacked while trying to get off of the bus, The Eastsider reported.

The woman had reportedly been trying to get off her bus when her attacker allegedly called her a racial slur used on people of Chinese descent.

Pete, the son of the victim, noted that the attacker, who was later identified as 23-year-old Yasmine Beasley, allegedly attacked and dragged his mother from the back of the bus to the front.