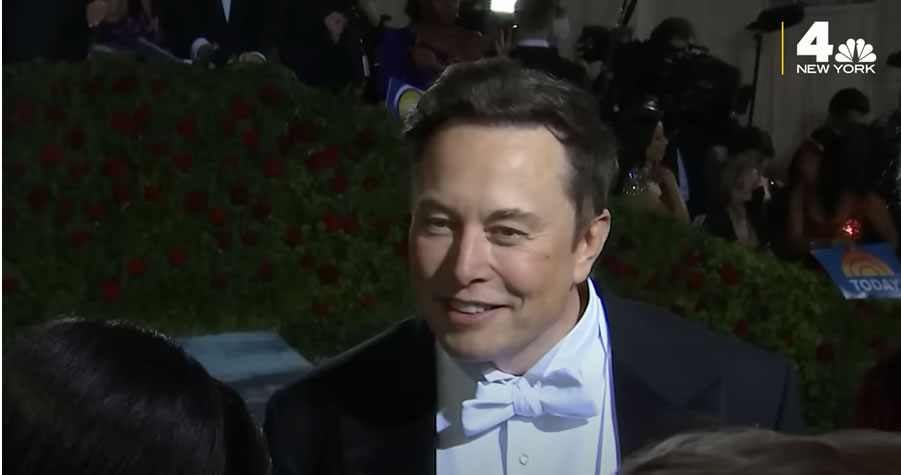 Elon Musk arrived at the Met Gala red carpet, but not with his usual guest.

Since he split with Grimes, Elon, 50, brought his supermodel mom Maye Musk as his plus one.

After buying Twitter for $44 billion, the 2022 Met Gala is the billionaire’s first time spotted in public since the buyout.

“My goal, assuming everything gets done, is to make Twitter as inclusive as possible and to have as broad a swathe of people on Twitter as possible,” he told La La Anthony. “And that it is entertaining and funny and they have as much fun as possible.”

Speaking on his attire for the “Gilded Glamour” themed night, he said he was “following the dress code” in his classic tuxedo. Meanwhile, Maye was dolled up in a soft, maroon Dior gown and cords of pearls draped around her neck.