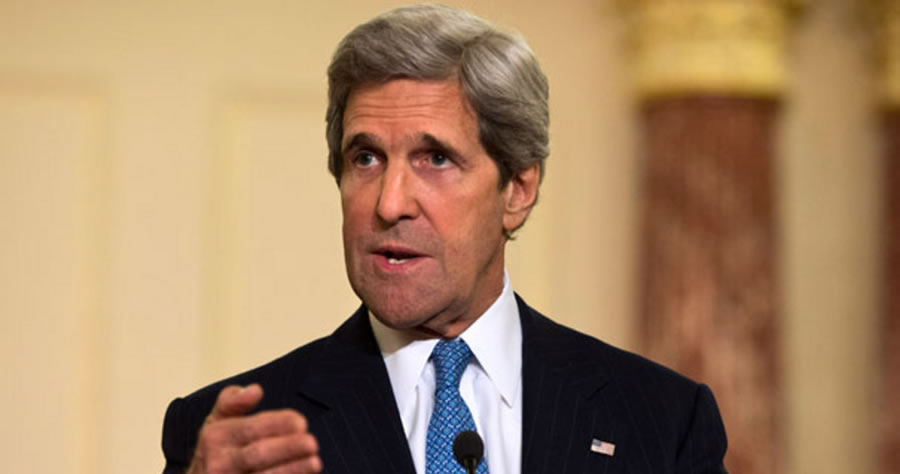 Former secretary of state and so-called “Climate Envoy” John Kerry continues to remain untethered to reality, expressing to BBC Arabic (U.K.) only hours before Russia’s invasion of Ukraine that he hopes President Vladimir Putin “will help us to stay on track with respect to what we need to do for the climate.”

“I’m very concerned about, I’m concerned about Ukraine because of the people of Ukraine and because of the principles that are at risk, in terms of international law and trying to change boundaries of international law by force. I thought we lived in a world that had said no to that kind of activity. And I hope diplomacy will win,” the Democrat said.

“I think hopefully, President Putin would realize that in the northern part of his country, they used to live on 66 percent of the nation that was over frozen land,” he said. “Now it’s thawing and his infrastructure is at risk, and the people of Russia are at risk.”

“”I hope President Putin will help us with respect to what we need to do to stay on track with the climate.” https://t.co/5zSNMQCdRN

Putin has pledged to only launch free-range, grain fed, ethically sourced, non-GMO, renewable nukes at the countries he invades. I believe him.

This is so embarrassing and dangerous. The single most effective thing we can do for the climate is advance economic freedom (including rule of law and democracy) . Free economies are twice as clean as less free. Reagan's NSC made this case in 1983.

Climate fanaticism has reach insane levels, but this is still pretty special. Imagine thinking that Putin would be swayed by the climate impacts of his invasion, particularly the thawing of Russia's frozen land mass?