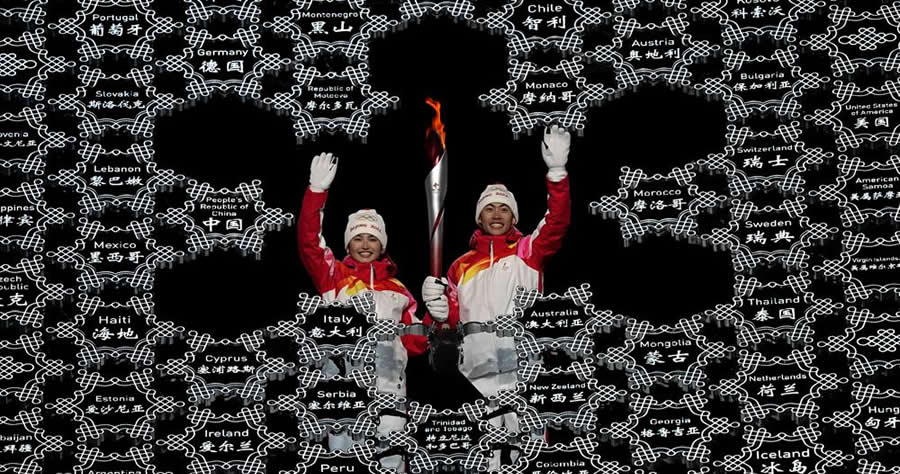 China, which used its first Olympics to amplify its international aspirations, invited the world back Friday — sort of — for the pandemic era’s second Games, this time as an emboldened and more powerful nation whose government’s authoritarian turn provoked some countries’ leaders into staying home.

Chinese President Xi Jinping declared the Games open during a ceremony heavy on ice-blue tones and winter imagery, held in the same lattice-encased Bird’s Nest stadium that hosted the inaugural event of the 2008 Summer Olympics.

Athletes Zhao Jiawen and Dinigeer Yilamujiang, a member of the country’s Uyghur Muslim minority, delivered the final Olympic flame. The choice of Yilamujiang was steeped in symbolism: Critics say the Beijing government has abused and oppressed Uyghurs on a massive scale.

With the flame lit, Beijing became the first city to host both winter and summer Games. And while some are staying away from the second pandemic Olympics in six months, many other world leaders attended the opening ceremony. Most notable: Russian President Vladimir Putin, who met privately with Xi earlier in the day as a dangerous standoff unfolded at Russia’s border with Ukraine.