Enes Kanter Rips LeBron James: Will ‘Shut Up And Dribble’ When ‘Big Boss’ China Says So 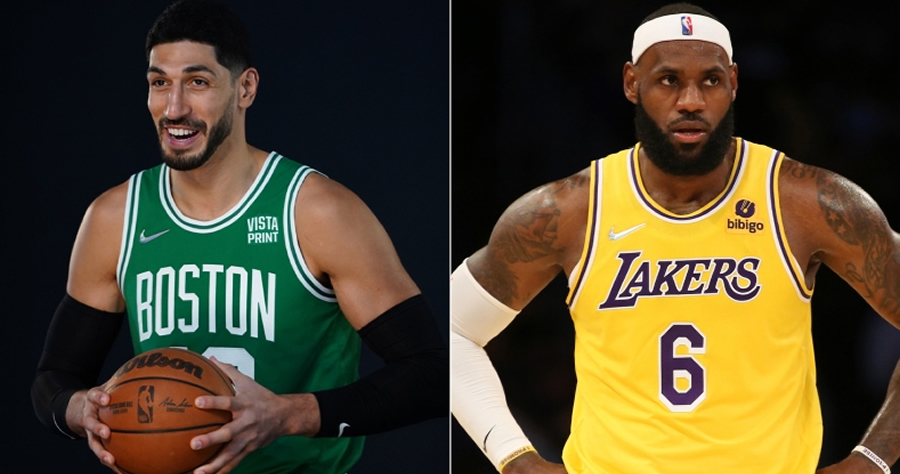 Enes Kanter of the Boston Celtics blasted NBA star LeBron James on Thursday, accusing James of hypocrisy over his calls for social justice in the U.S. while defending China.

Kanter has been an outspoken critic of China, as well as companies and players who have continued to keep close ties with or defend the Communist-controlled country over its record of human rights abuses.

James is an outspoken critic of the United States, often wading into hot cultural issues and claiming that black people continue to be victims of systemic oppression. James has been significantly more muted on China’s abuses, however, going as far as to critique then-Houston Rockets General Manager Daryl Morey in 2018 over comments critical of China.

“I believe he wasn’t educated on the situation at hand and he spoke,” James said after Morey publicly backed freedom in Hong Kong. “So many people could have been harmed, not only financially, but physically, emotionally, and spiritually.”

Kanter issued a tweet Thursday afternoon mocking James, accusing him of picking “money over morals” by refusing to be tough against China.

Money over Morals for the “King” 👑

Sad & disgusting how these athletes pretend they care about social justice

They really do “shut up & dribble” when Big Boss 🇨🇳 says so

Did you educate yourself about the slave labor that made your shoes or is that not part of your research? pic.twitter.com/YUA8rGYeoZ