‘Enough of this bulls**t!’: Spunky older woman blocks ‘a**hole’ shoplifter, yanks off his ski mask, and curses him out [VIDEO] 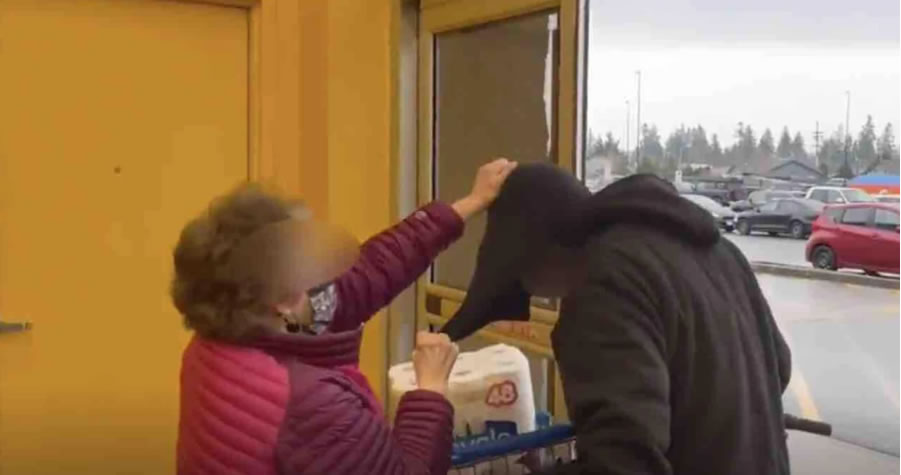 A spunky and salty-tongued older woman is becoming a bit of a folk heroine since video has been circulating of her confronting and stopping a suspected shoplifter in a Canadian Walmart over the weekend.

Global News reported that Saturday morning’s incident at the store in Campbell River — about four hours northwest of Vancouver, British Columbia — began when a man followed the suspected shoplifter heading for the store exit.

The man — who apparently was recording video of the heist — asked the apparent shoplifter if he was planning on paying for the items that filled his cart.

As the suspect grabbed his bike and wheeled it toward the open door, he told a gray-haired woman who arrived there before him “excuse me.”

The woman got angry and began pulling off the man’s apparent disguise — ordering him to “take that f***in’ mask off, asshole!” — and hollering that she’s seen “enough of this bulls**t!”

The woman then yelled it’s “you assholes” who “jack up the price for everybody else … it’s about time they got caught!”

The alleged shoplifter left with only his backpack.