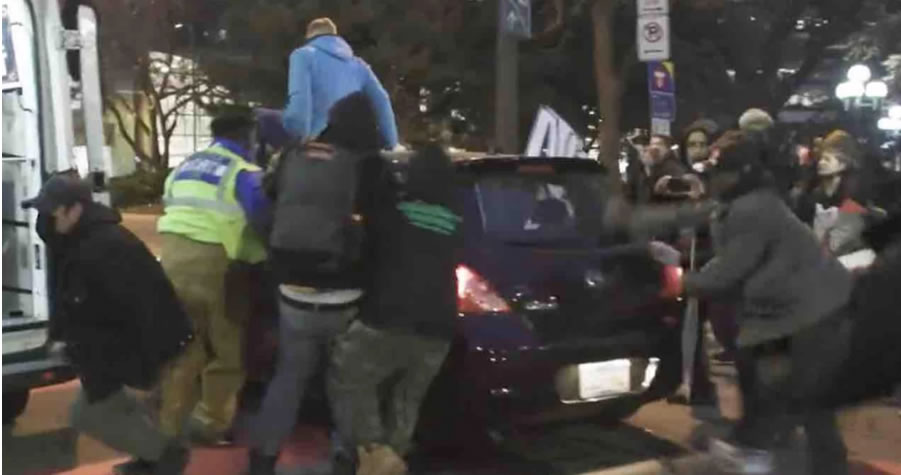 A group of enraged leftists screamed bloody murder as they climbed atop, pounded on, and chased a car whose driver navigated through a Daunte Wright protest Tuesday evening that the city of Minneapolis apparently did not sanction.

Protesters were in the streets outside the Hennepin County courthouse in downtown Minneapolis where the trial for Kim Potter — the Brooklyn Center officer who fatally shot Wright during a traffic stop in April — has been taking place, WCCO-TV reported.

But the demonstration was interrupted when a motorist was caught on video navigating a car through the crowd — and protesters lost it.

One man climbed atop the moving car as others pounded on the vehicle and appeared to try to open the driver’s side door.

higher res with interviews after from fb pic.twitter.com/9SqpjqrmaS