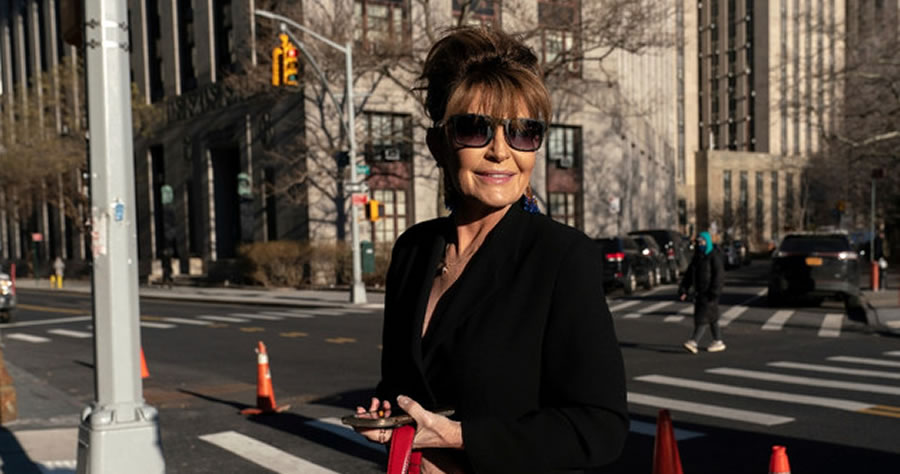 U.S. Judge Jed S. Rakoff, a Bill Clinton appointee, told lawyers in the courtroom in New York Monday he would dismiss Sarah Palin’s defamation suit against the New York Times for lack of evidence, even as the jury deliberated over the verdict.

The jury will not learn of the dismissal until after it has deliberated, creating the potential between a conflict between the verdict and the judge’s decision to dismiss the case — or to issue what courts refer to as a “directed verdict” to end the trial.

Palin sued the Times over a 2017 editorial in which it said that she had inspired the 2011 mass shooting in Tucson, Arizona. Judge Rakoff initially dismissed the case, but it was revived by a federal appeals court. After the presentation of arguments in initial motions, Rakoff decided that Palin had enough evidence to allow the case to go to trial — a rarity in defamation suits by public figures against the media, since the standard of proving “actual malice” is usually too high for plaintiffs to clear.

Moreover, Rakoff sent the case to the jury after closing arguments last week. But on Monday, as NPR’s David Folkenflik reported, he had second thoughts, and said Palin failed to meet the “actual malice” standard because of the Times‘s correction, and then-editorial page editor James Bennet’s contrition:

What a dramatic moment.

In an elaborate tour of his thinking, Judge Rakoff laid out for the world why he didn’t want to pre-empt the jury – but says Palin failed to make actual malice case agst NYT or Bennet