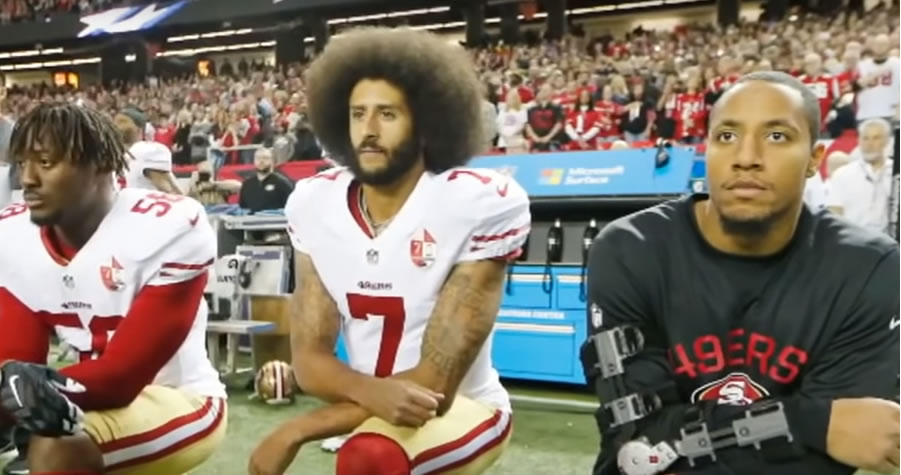 “This new Colin Kaepernick doctrine that’s penetrating the minds and hearts of so many of our underserved black kids across America is the single largest threat to black men in the United States of America,” Brewer told Fox News. “Because right now, folks are thinking that they’re victims, and they’re living in the most prosperous, the most opportunity, in any country in the world. And so this one hurts me, because every day I get up, and I go out and try to help young African American boys become men, and try to instill those values. And when you have someone like this, who has the audacity to call multi-millionaires ‘slaves’ and compare a process of someone living their dream, going to the National Football League, comparing that to slavery, it’s gone over overboard.”

“And I think Colin Kaepernick needs to do some soul searching, you just watched that video, you see how dark it is, and to take the most fragmented, the most vulnerable population we have in America, where we have kids that 70% of them don’t have fathers, most, a lot of them can’t, their reading and math proficiency levels rate against third world countries,” he added. “You have kids that are already hopeless and then you go out and push this mentality and you’re supposed to be someone that’s a leader. Think about the movement that this guy started, the opportunity that he has, that he could actually come in and promote positivity to young black and African American men and tell him how great this country is. He doesn’t have that spirit, and he has an evil anti-American spirit, it is sick and disgusting to think that.”