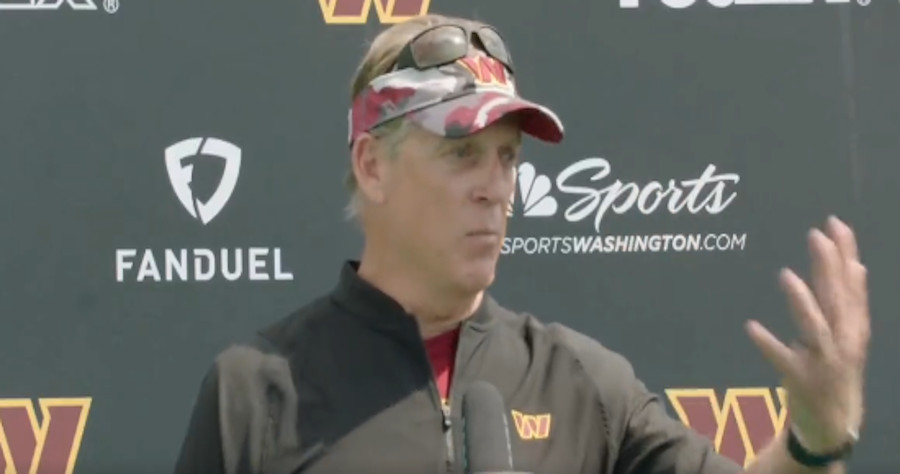 The ripple effects from Jack Del Rio’s comments about the Jan. 6 Capitol riots are starting to show themselves across the NFL landscape.

After the Washington Commanders’ defensive coordinator dismissed the attack as a “dust-up” – comparing it to the protests in Minneapolis after George Floyd was killed by police officers – former NFL running back Brian Mitchell, who played 10 seasons with Washington, laid into the longtime coach during a radio appearance.

“Listen, I see a lot of stuff going on with this team right now. And this is where I’m about to go the hell off. And I get so sick of it,” Mitchell said on 106.7 The Fan.

Specifically, Mitchell wasn’t thrilled about head coach Ron Rivera’s refusal to discuss the comments, which occurred during a press conference on Wednesday.

We got to understand one thing: This football thing is cool. But there’s a lot of stuff that’s going on with that football team that is not cool,” Mitchell continued. “And when you have Jack Del Rio, who constantly feels, ‘I can just go out and say whatever the hell I want to say’ – why? Because the coach never says anything to him? You got all these issues going on with the Washington Commanders right now, and he’s constantly trying to make waves because of stupidity. And you wonder why that team wasn’t disciplined last year, because your damn leader that’s leading your defense is not disciplined. I give a damn about that.”

Del Rio made his original comments after responding to a tweet from Norm Eisen about the Capitol riots. In the response, the coach claimed the “summer of riots” after George Floyd’s murder is “never discussed.”

Del Rio was asked about the tweet in a Wednesday presser, after which he had the testy exchange in question with a reporter.

“What did I ask? A simple question,” Del Rio said. “Why are we not looking into those things, if we’re gonna talk about [Jan. 6], why are we not looking into those things? Because it’s kind of hard for me to say, I can realistically look at it, I see the images on TV, people’s livelihoods are being destroyed. Businesses are being burned down. No problem. And then we have a dust-up at the Capitol, nothing burned down. And we’re gonna make that a major deal.”

“I can look at images on the TV, people’s livelihoods are being destroyed, businesses are being burned down, no problem. And then we have a dust up at the Capitol, nothing burned down, and we’re going to make that a major deal.” pic.twitter.com/99mF3uxUTD

Del Rio later apologized, saying: “I made comments earlier today in referencing the attack that took place on the United States Capitol on January 6,2021. Referencing that situation as a dust-up was irresponsible and negligent and I am sorry.”

He did, however, say he stood by his comments “condemning violence in communities across the country.”