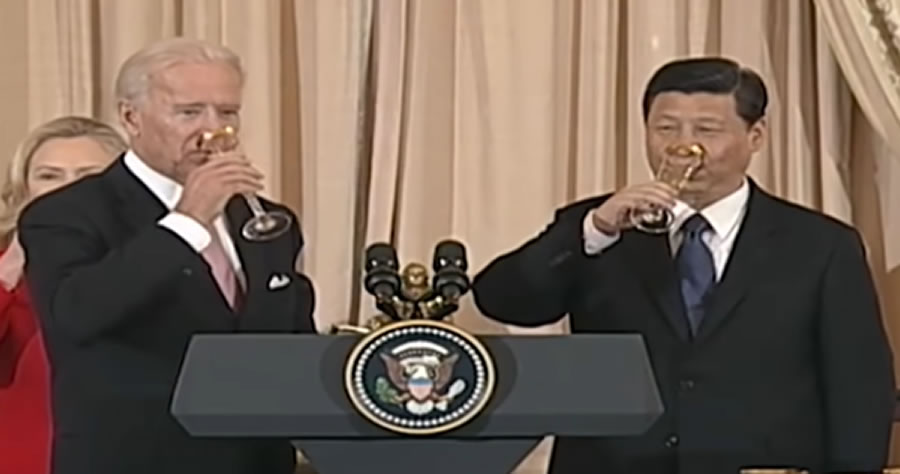 The greatest threat facing Americans today is China, yet President Joe Biden’s policies are emboldening Beijing, experts warned Wednesday during a special report of “Just the News – Not Noise.”

After Biden’s inauguration, his administration stopped “paying attention to China at all,” Rep. Greg Steube (R-Fl.) of the House Foreign Affairs Committee said, explaining that Biden is now “encouraging” the Chinese Communist Party (CCP) to “continue their malign behavior.”

The Trump administration instituted tough trade policies on China and saw the CCP as the “number one threat to the safety and security of the American people,” Steube said, noting that Biden completely changed the U.S. approach to Beijing.

He called the Biden administration for not investigating the origins of COVID-19, which may have begun in a Wuhan lab, but instead focusing on probing the Jan. 6 Capitol riot.

Steve Moore, a senior fellow at the Heritage Foundation and former adviser to President Donald Trump, said the biggest winners during the 2020 election were Russian President Vladimir Putin and Chinese President Xi Jinping.

“It’s unfortunate, but the reality is that they are the winners from from these Biden policies,” Moore said, observing that by not putting America first, the administration is “in many ways putting America last.”

Moore applauded Trump for being “the first modern president to recognize China as the adversary and enemy that they’ve been turned into.”

Biden’s rhetoric on China was similar to Trump’s at first, but Beijing has since, “made gains under President Biden,” said Dr. Michael Pillsbury, a former Trump adviser and now Chinese Strategy Director at the Hudson Institute.

Biden acted as though he would be tough on China, but now he “seems to believe he can get away with just having the rhetoric on China,” Pillsbury said.

Thomas Binion, Vice President for Government Relations at the Heritage Foundation, said he agrees with Pillsbury.

“What it shows you is that Biden is picking up on the American people’s deep concern about China,” Binion said, explaining, “But when you take a look under the hood, and you see what the Biden administration has actually done… it’s nowhere close to the rhetoric.”

Binion also criticized the Biden administration for ending the controversial Trump-era China Initiative, which was a program to counter national security threats from the Asian nation.

“That is, at the end of the day, the action that speaks louder than any words the Biden administration could put out,” Binion said, calling for the China initiative to be revived and expand.

Biden is not just making the wrong decisions on China, but has made poor foreign policy decisions throughout his career, said Garrett Bess, Vice President of Heritage Action for America.

He referenced how Obama-era Defense Secretary Robert Gates said Biden had “been wrong on nearly every major foreign policy and national security issue over the past four decades.” Bess also pointed to Afghanistan and Ukraine to show a pattern of how Biden will not be an active leader against China.

The China Competition Act, which is being debated in Congress and claims to strengthen American industry, may be a partisan effort that could hurt the United States, Bess warned.

“[Biden’s] allies in Congress are using the concern of the American people for China, to advance legislation that in large part looks simply like bailouts of their preferred industries and subsidies to home state priorities of people like Chuck Schumer,” Bess said, adding that “at worst” Biden is using the situation to “advance his own sort of partisan initiatives.”