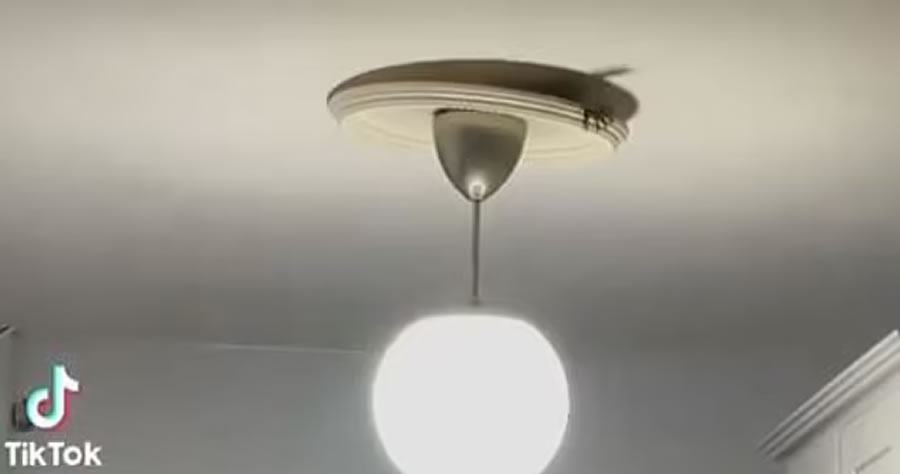 A hungry raccoon tried to invade the kitchen of a Bushwick apartment the hard way — crawling through the light fixture to the horror of the occupants.

The critter’s paw can be seen reaching out from the ceiling, as the tenants shriek in horror, in a moment caught on video and posted to social media Thursday.

“F–k this, I’m calling 911!” Yesenia Irizarry, a 21-year-old student at the Fashion Institute of Technology says on the video, as her three roommates scream.

Despite it looking like an alien, she asked for animal control.

The critter’s identity was confirmed when it pushed harder to get into the kitchen, opening up a bigger gap in the ceiling medallion surrounding the light fixture and revealing its head.

“We could see the stripes,” she said.

The police officers who arrived were at a loss, telling the terrified foursome that “Eventually it will give up, just try to sleep through it.”

But Irizarry said no one got any shut eye that night.

When the building’s handyman arrived the next day, he admitted that raccoons had been frequent visitors to the three-story rowhouse, telling her that was why the fireplace was plastered over.

“The past tenants would come home and find raccoons in the living room,” she said.