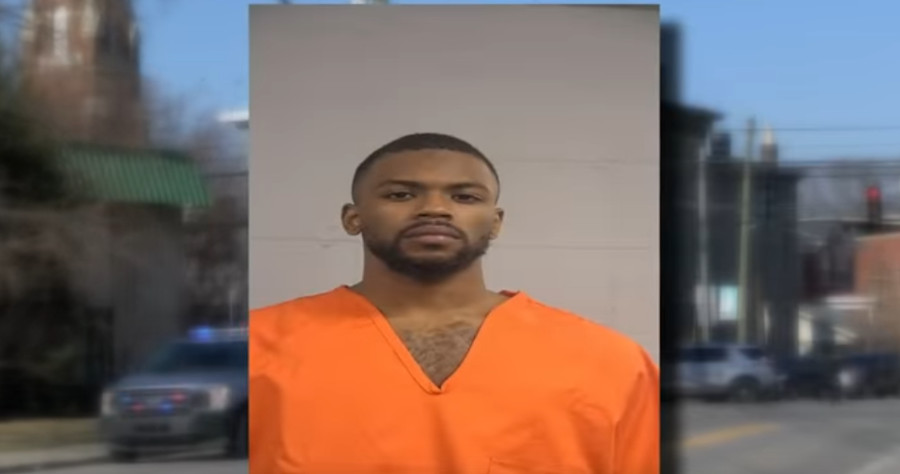 An editorial this week in the Las Vegas Sun has to be among the most brain-dead pieces of utter garbage we’ve come across in a while…and there is a ton of competition. Let’s recap.

Last Monday, while Greenberg and his staff were in his campaign office, a 21-year-old man—Black Lives Matter activist Quintez Brown—walked into the office and in what has been described as an “assassination attempt” started firing off his 9mm handgun, according to The Blaze.

Social media was aghast at an astounding claim made in an editorial in the Las Vegas Sun about a shooting police have connected to a left-wing Black Lives Matter activist.

The shooting unfolded on Monday at the campaign office of a Democrat mayoral candidate in Louisville, Kentucky. A man walked in and fired several shots at the candidate before running away. No one was hurt, but the candidate later saw a bullet hole in his sweater.

Police arrested a well-known liberal activist in connection with the shooting, but the editors of the Las Vegas Sun decided to pin the blame on Republican rhetoric.

“We’ve all heard this with our own ears: Trump drawing cheers at rallies by suggesting violence his opponents, GOP lawmakers and candidates trying to whip their followers into a frenzy with talk of taking up arms against so-called forms of ‘tyranny’ like mask mandates,” read the editorial.

“American leaders across the board must start speaking out, especially those in the GOP,” they continued. “This violent rhetoric is an uncaged monster threatening to harm not only elected officials but others who serve the public — scientists, public health officials, election workers, and many more.”

The editorial was roundly ridiculed by many on Twitter for its shameless spin.

“Why the hell is @LasVegasSun talking about right-wingers & extremist Republicans? Readers are smart enough to sniff out bulls***,” replied Reason editor Liz Wolfe.

“The Las Vegas Sun printed something epically stupid today. Somehow the GOP is to be blamed for the actions of a BLM supporter and supposed gun safety proponent? GFY,” responded another critic.

21-year-old Quintez Brown was charged with attempted murder and four counts of wanton endangerment. He was arraigned and released on a $100,000 bond.