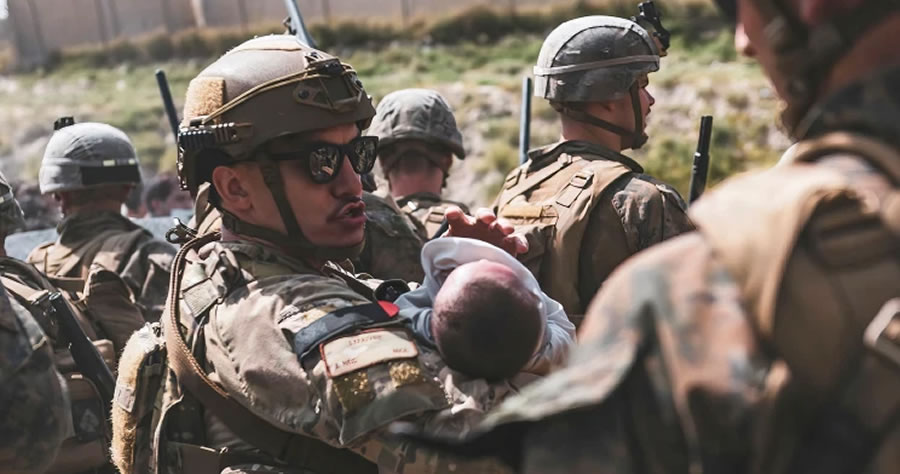 The dire situation at the Kabul, Afghanistan airport turned deadly Saturday after a stampede of desperate people attempting to flee the Taliban’s oppressive rule reportedly crushed some to death.

Sky News global correspondent Stuart Ramsay was on the ground outside of the Hamid Karzai International Airport — where he reported seeing the frustrated crowd trying to get inside descend into chaos.

“At the front of the queue people were being crushed to death,” he wrote.

Paratroopers began pulling people from the crowd in the wake of the violence and medics attended to the wounded, the outlet reported.

White blankets were observed being placed over bodies, the report said.

The New York Times reported that a 2-year old girl was trampled to death outside of the airport in a stampede around 2 p.m. on Saturday morning when the crowd surged toward the gates.

“My heart is bleeding,” the girl’s mother, a former employee of a US. organization in Kabul, told the Times. “It was like drowning and trying to hold your baby above the water.”

She said her entire family — her husband, the 2-year-old daughter, disabled parents, three sisters and a cousin — had been trying to secure a flight out of the country when they were slammed to the ground.

The woman tried to search for her daughter, but found her lifeless, trampled by the mob.

“I felt pure terror. I couldn’t save her,” she told the Times.

She said her daughter had remained “brave” throughout the chaos in the country.

When gunshots rang out in their neighborhood, she told the toddler that they were firecrackers, which the girl referred to as “crackers,” she said.

“My baby was such a brave child,” she said. “When she heard the gunshots, she would just yell out, ‘Crackers!’”

The mom said the family has no plans to return to the airport.