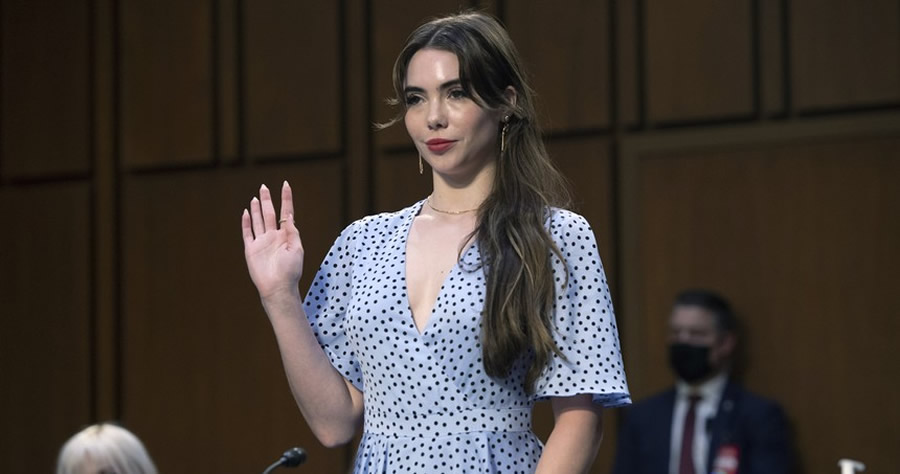 This story is awful on so many levels that it should probably come with a trigger warning.

The public has known about the many and horrific crimes of former USA Gymnastics team physician Larry Nassar for a few years now. What the public has largely been unaware of is the role that the Federal Bureau of Investigation played in attempting to prevent us from knowing about any of it.

WASHINGTON—In a litany of reports and documents, the four women who appeared before the Senate Judiciary Committee on Wednesday have for years been referred to by initials or numbers: “Athlete B,” “Gymnast 1”, “Athlete A,” “Gymnast 3.”

On Wednesday, the women—elite gymnasts Simone Biles, McKayla Maroney, Maggie Nichols and Aly Raisman—gave U.S. senators an emotional and unsparing account of how the Federal Bureau of Investigation, USA Gymnastics and the U.S. Olympic & Paralympic Committee failed to investigate or act when they emerged as potential victims of sexual assault by former national team doctor Larry Nassar.

“I can imagine no place that I would be less comfortable right now than sitting here in front of you, sharing these comments,” said Biles, one of the most decorated gymnasts in her sport’s history. She then paused in tears, before adding: “To be clear, I blame Larry Nassar but I also blame an entire system that enabled and perpetrated his abuse.”

U.S. gymnast @McKaylaMaroney: “After telling my entire story of abuse to the FBI in the summer of 2015, not only did the FBI not report my abuse, but when they eventually documented my report, 17 months later, they made up entirely false claims about what I said.” pic.twitter.com/FfMuIWWBhV