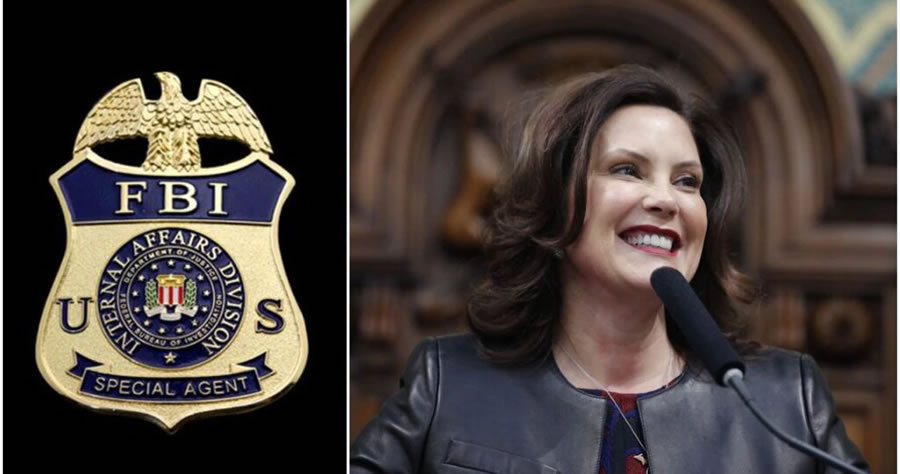 Stephen Robeson, an FBI informant who helped stage the phony kidnapping hoax of Michigan Gov. Gretchen Whitmer, is being hit with fraud charges.

Robeson was charged last week for allegedly defrauding a couple out of an SUV by convincing them to donate it to a fake charity. His wife, Kimberly, has also been charged. They will face up to three years in prison with fines up to $10,000 if they are convicted.

Court records indicate that Robeson was particularly instrumental in setting up the phony kidnapping plot of Whitmer that was used as an “October Surprise” of sorts before the Nov. 2020 presidential election. He found the patsies who were set up, organized meetings that were bugged, and paid expenses for the poor saps to attend the events used to create the bogus kidnapping scheme.

Robeson, who is a serial recidivist felon, was also brought up on illegal firearm charges. Instead of serving a maximum of 10 years in prison on the felony charge, he accepted a plea deal that allowed him to skate with time served and probation. As usual, the feds protect their own and hold them to a different standard of justice than ordinary Americans.

Big League Politics reported on how another FBI stooge was hit with domestic abuse charges shortly after initiating the raid against patriots entrapped in the phony kidnapping setup:

“An FBI agent behind the arrests of several Michigan men who were allegedly planning the kidnapping of Governor Gretchen Whitmer has been fired by the federal agency, following serious domestic violence charges against the agent.