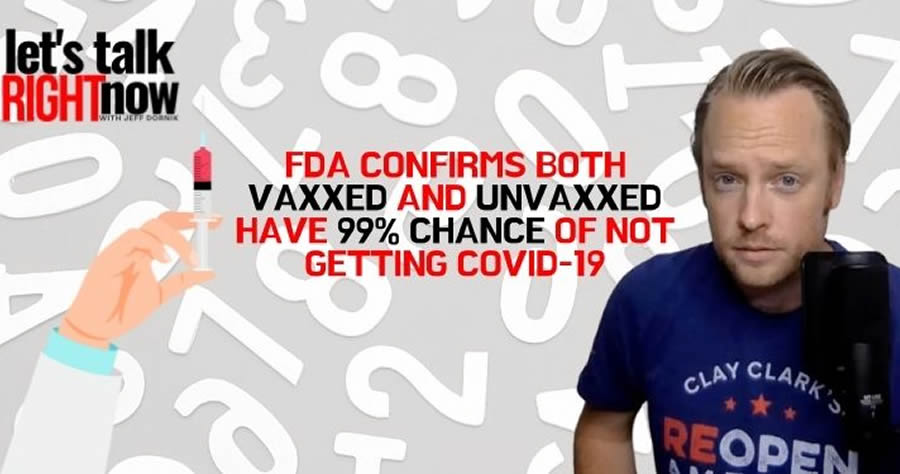 It’s no surprise that every time we turn around, the mainstream narrative is a manipulation of the numbers. When you think about it, you can make statistics and data say whatever you want, as long as you pick the right numbers that, when taken out of context, support the narrative you are attempting to push.

COVID-19 and the vaccines are no different. Since Day One, we’ve seen the Left run with whatever studies they can find that might possibly support their case, while completely ignoring anything that would either counter their position or support effective treatments such as Ivermectin, Vitamin D and Zinc.

In the letter from the FDA explaining their reasoning for approving the Pfizer-BioNTech mRNA Comirnaty “vaccine”, they cited several studies that they claim justify their decision. On its face, it would appear that the data does, in fact, support the claim that the vaccines are effective. However, if you pull out your calculator and take a deeper dive, you might reconsider trusting the FDA after this one.

The FDA spent two months studying side effects such as headaches, dizziness, and nausea on the Pfizer-BioNTech Jab (while not testing for heart inflammation, reproductive issues or tremors). During this time, they kept track of how many people died after getting The Jab, but did not include it in the report because it was not pertinent to the study.

FDA Confirms Both Vaxxed and Unvaxxed Have 99% Chance of not Getting COVID-19…https://t.co/xQ39yDQHEU