‘I am way bigger than you, and I will f*** you up!’: Fed-up customer body-slams, wrestles shoplifting duo outside Walgreens 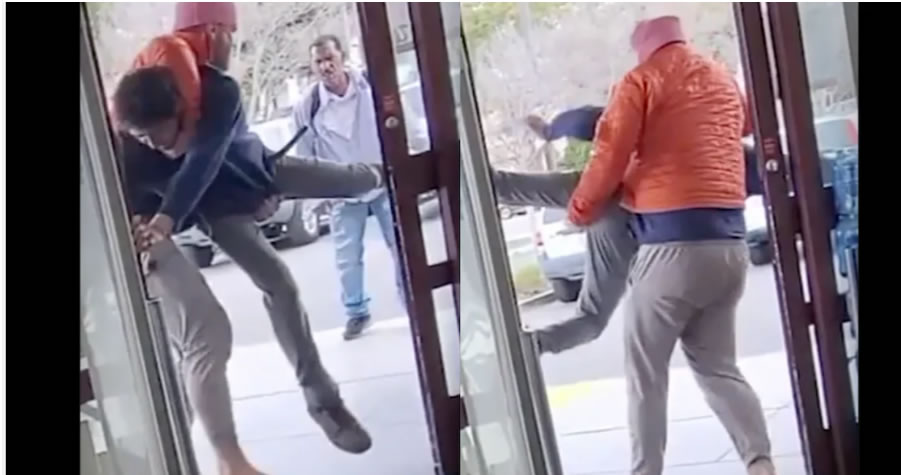 A fed-up Walgreens customer — tired of the rampant, brazen shoplifting in northern California, with little resistance and fewer consequences — decided to do something about it Saturday when he witnessed a man putting bottles of pills into a backpack, KGO-TV reported.

The customer — who requested the station use only his first name, Kevin, for its report — told KGO, “I said [to myself], ‘This is a time you can make an impact, make this happen.'”

And what an impact he made.

Kevin handed his cell phone to another person in the Alameda store and asked that person to record what was about to happen, the station said. Video shows Kevin on top of the suspected shoplifter who’s dressed in a grey hoodie.

“I am way bigger than you, and I will f*** you up!” Kevin growls at the suspect. “I am placing you under citizen’s arrest!” He also tells the suspected shoplifter that prices are going up because of crooks like him.

KGO said after more than a two-minute struggle, the suspect begins yelling out to a friend.