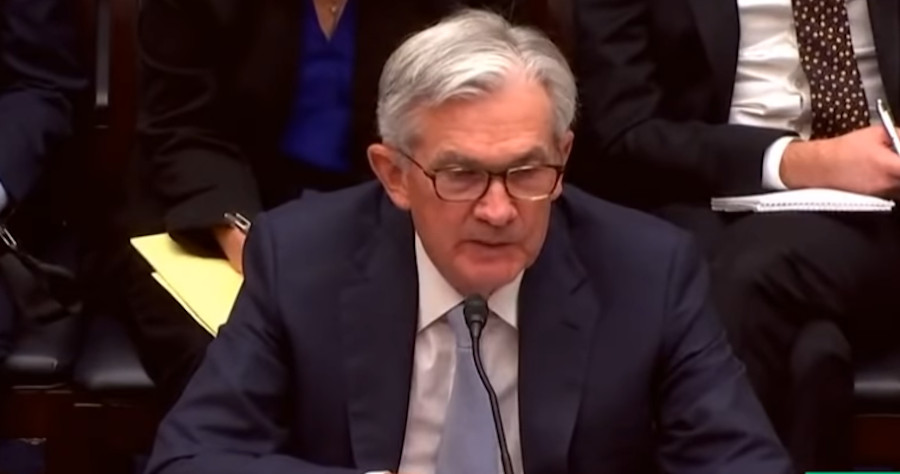 After keeping its benchmark interest rate anchored near zero since the beginning of the Covid pandemic, the policymaking Federal Open Market Committee said it will raise rates by a quarter percentage point, or 25 basis points.

That will bring the rate now into a range of 0.25%-0.5%. The move will correspond with a hike in the prime rate and immediately send financing costs higher for many forms of consumer borrowing and credit. Fed officials indicated the rate increases will come with slower economic growth this year.

Along with the rate hikes, the committee also penciled in increases at each of the six remaining meetings this year, pointing to a consensus funds rate of 1.9% by year’s end. That is a full percentage point higher than indicated in December. The committee sees three more hikes in 2023 then none the following year.

The rate rise was approved with only one dissent. St. Louis Fed President James Bullard wanted a 50 basis point increase.

The committee last raised rates in December 2018, then had to backtrack the following July and begin cutting.

In its post-meeting statement, the FOMC said it also “anticipates that ongoing increases in the target range will be appropriate.” Addressing the Fed’s nearly $9 trillion balance sheet, made up mainly of Treasurys and mortgage-backed securities it has purchased over the years, the statement said, “In addition, the Committee expects to begin reducing its holdings of Treasury securities and agency debt and agency mortgage-backed securities at a coming meeting.”

Fed Chairman Jerome Powell at his post-meeting news conference hinted that the balance sheet reduction could start in May, and said the process could be the equivalent of another rate hike this year.

The indication of about 175 basis points in rate increases this year was a close call: The “dot plot” of individual members’ projections showed eight members expecting more than the seven hikes, while 10 thought that seven total in 2022 would be sufficient.

“We are attentive to the risks of further upward pressure on inflation and inflation expectations,” Powell said at the news conference. “The committee is determined to take the measures necessary to restore price stability. The U.S. economy is very strong and well-positioned to handle tighter monetary policy.”

Officials also adjusted their economic outlook on multiple fronts, seeing much higher inflation than they expected in December and considerably slower GDP growth.

Committee members bumped up their inflation estimates, expecting the personal consumption expenditures price index excluding food and energy to reflect 4.1% growth this year, compared with the 2.7% projection in December 2021. Core PCE is expected to be 2.7% and 2.3%, respectively, in the next two years before settling to 2% over the longer term.

On GDP, December’s 4% was sliced to 2.8%, as the committee particularly noted the potential implications of the Ukraine war. Subsequent years were unchanged. The committee still expects the unemployment rate to end this year at 3.5%.

“The invasion of Ukraine by Russia is causing tremendous human and economic hardship,” the statement said. “The implications for the U.S. economy are highly uncertain, but in the near term the invasion and related events are likely to create additional upward pressure on inflation and weigh on economic activity.”