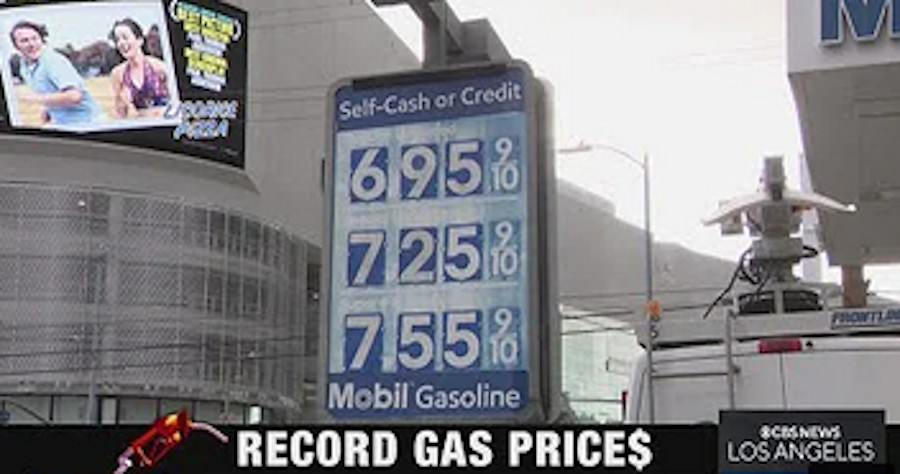 The Federal Reserve on Wednesday will conclude a two-day policy meeting and is expected to move against surging inflation — including possibly making its highest interest rate hike in decades.

The Fed last met in the middle of March when it raised rates by a quarter-point. It was the first time it raised the federal funds rate since 2018 and followed two years of rate decreases and emergency actions to counter the COVID-19 pandemic.

At the end of its meeting Wednesday, the Federal Open Markets Committee is expected by many analysts to order a rate hike of a half-point — which would be its largest single hike in 22 years.

Many investors have said they also expect the Fed to make similar rate increases at each of its next three policy meetings — in June, July and September.

The move would be the Fed’s biggest punch yet against inflation, which rose over the 12 months ending in March by close to 7% — the steepest clip since 1982.

The Fed increased rates at its meeting last month as an opening step to control inflation. Analysts have virtually guaranteed that Wednesday’s action will be more powerful. File Photo by Kevin Dietsch/UPI

Last week, the Commerce Department reported that the Personal Consumption Expenditures price index — a top indicator of inflation — rose by 6.6% and gross domestic product — the total output of all goods and services — shrank unexpectedly by 1.4% when most economists expected modest growth of about 1%.

The Federal Reserve’s target range — the clip by which it prefers to see inflation rise on an annual basis — is 2%. The gauge in March indicated an inflationary surge at more than three times that rate.

Further, high demand has outpaced what businesses are able to deliver as some employers struggling to find enough workers to operate at normal efficiency.

The Labor Department said on Tuesday that job openings by the end of March reached 11.5 million — a record — against about 6.3 million separations. That means there are roughly two open positions for every unemployed adult in the United States.

In addition to hiking interest rates, the Fed is also expected to announce the start of a program to wind down its $9 trillion balance sheet by $95 billion per month, beginning in June.

Federal Reserve Chairman Jerome Powell said this week that the central bank is aiming for what economists call a “soft landing” as it seeks to raise interest rates to discourage spending enough to lower inflation without triggering a recession.

“That’s our goal,” he said. “I don’t think you’ll hear anyone at the Fed say that’s going to be straightforward or easy.”

In order to achieve this, Fed policymakers said at the March meeting that rates would need to rise nearly 2 points this year and even more in 2023. That would require the central bank to hike rates aggressively to start and then monitor the performance of the economy and adjust the pace of increases accordingly, Powell said at the International Monetary Fund forum last month.

“It is appropriate in my view to be moving a little more quickly,” he said. “I also think there’s something in the idea of a front-end loading whatever accommodation one thinks is appropriate.”

While most expect a half-point increase Wednesday, economists at JPMorgan say there’s a 20% chance that the Fed will go for a three-quarter-point hike, but the market did not price in that possibility heading into the meeting.

“Are they trying to get target inflation by 2024? If they are, the wage inflation is pretty high and that will require even more tightening than the Fed is projecting.”

One thing seems certain — the Fed will hike rates on Wednesday by some measure. Leaving them unchanged wouldn’t do anything to address rising prices in the United States, which President Joe Biden has promised to get control of.

Gas prices over the past year have been a primary driver of inflation in the United States. According to AAA on Wednesday, the national average was about $4.23 per gallon, an increase of about 2 cents over Tuesday. File Photo by John Angelillo/UPI

One of the primary drivers of inflation over the past year has been the rising cost of gas. AAA on Wednesday listed a national average of $4.23, which is 2 cents higher than it was Tuesday and about 10 cents higher than a week ago.

For a time in recent weeks, prices at the pump were going down — the result of improving market conditions and policy actions by President Joe Biden. The ongoing war in Ukraine, and the U.S. embargo of Russian oil, and the onset of the busier summer driving season are causing prices to tick back up.

The Fed raising interest rates would make it more expensive for Americans to take out a loan, carry a balance on a credit card and buy a home, but doing so has long been an effective method to prevent runaway inflation.

Last month, Freddie Mac said that rates for a 30-year fixed-rate mortgage hit an average of more than 5% — nearly 2% above from where they were a year ago. Home purchases have slowed across the country due to rising mortgage rates, limited inventory and in anticipation of the Fed’s rate hike Wednesday.

As a result of the fluid market conditions, sales of existing homes have declined by close to 3%, the National Association of Realtors said according to the most recent data available.

However, in some of the nation’s fastest-growing markets, such as New York’s Hudson Valley, realtors have reported steady sales.

“In the past two months, interest rates have gone from 3.5% to 5.5%, which is a dramatic increase, and I don’t see that that’s affecting competition at all,” Ryan Basten, a broker associate in Ulster County, N.Y., told The Washington Post. “If it gets to 6, 7 or 8%, then people may have a knee-jerk reaction to that, but I haven’t seen it yet.”

Biden is scheduled to make remarks about the Fed’s decision on Wednesday afternoon. He will deliver the remarks in the Roosevelt Room of the White House at 11 a.m. EDT, a few hours before the Fed’s rate decision will be announced.