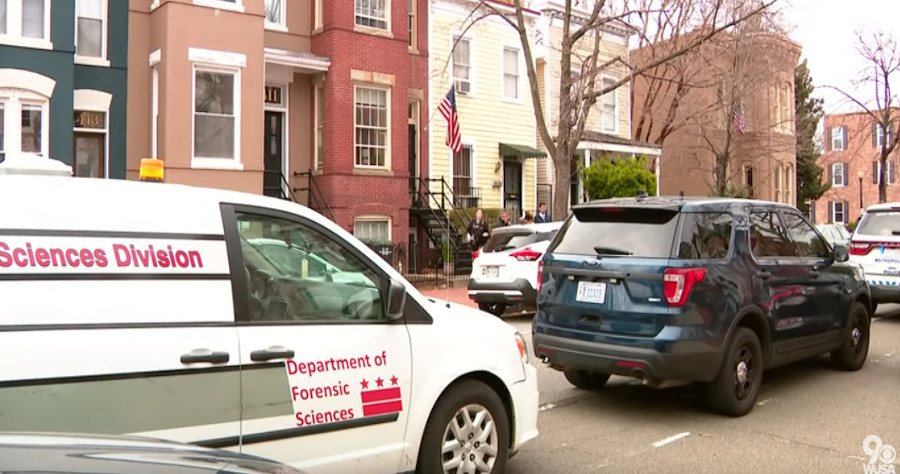 The city of Washington, D.C. and the U.S. Department of Justice have shown no interest in investigating the age of fetuses allegedly recovered from a local abortion clinic and possible violations of federal law in their deaths, a left-wing pro-life group and allied activists said at a press conference Tuesday.

Progressive Anti-Abortion Uprising (PAAU), founded last fall by a self-styled atheist and “economic left” Catholic, explained the circumstances behind the group’s possession of a box of aborted fetuses — five of them allegedly from the third trimester — and possibly related arrests by the FBI the day after they notified D.C. police.

Medical waste company driver allegedly gave the police a box of aborted fetuses from D.C. abortion clinic after learning what was inside.

They said the Washington Surgi-Clinic, located near George Washington University, may have violated its contract with Curtis Bay Medical Waste Services, which incinerates waste to generate “useful energy.”

The Baltimore company told WUSA9 its “client agreements and company policy” prohibit customers, who do the bagging and boxing, “from disposing of fetuses and human remains via Curtis Bay’s services.” The company “continues to fully cooperate with law enforcement.”

Neither Curtis Bay, which was purchased by a private equity firm a year ago, nor the clinic responded to Just the News queries.

Health authorities refused to inspect Gosnell’s practice for nearly two decades, and The Atlantic said his trial should have been a “front-page story.”

WUSA9 noted Santangelo’s practice has “ZERO disciplinary history” in two decades. In 2013, pro-life group Live Action posted surreptitiously recorded video of Santangelo telling an activist posing as a potential customer that he would not deliver life-saving treatment to an infant born alive.

She and Director of Activism Lauren Handy went to the Surgi-Clinic March 25, the International Day of the Unborn Child. They saw a Curtis Bay truck and told the driver he was loading “dead babies,” which left him “visibly shaken,” Bukovinac said. (They didn’t record this interaction.)

The driver agreed to give them one of three boxes to give the fetuses a “proper burial” but said he already scanned them in, which may explain why Curtis Bay told the media he “delivered all” three boxes that day, Bukovinac said.

Opening the box at Handy’s Capitol Hill apartment with a Catholic deacon was the “most devastating and soul-crushing experience of our lives,” Bukovinac said.

It contained 115 fetuses, “mostly first trimester” but also a “nearly full term” intact male, an intact girl with an open eye whose brain was suctioned out and skull crushed, two that were “severely dismembered” and one intact in its amniotic sac.

Activists showed grisly images and video of the unboxing and examination process, albeit with fetal genitals covered, which they had intended to debut at the press conference. Live Action posted uncensored images of the fetuses last week without authorization from PAAU, Bukovinac said, but that’s “water under the bridge.”

Handy said all fetuses were given a funeral mass for unbaptized children and they’ll be added to a tombstone with names the group gave them.

The names of the 115 babies brutally murdered in D.C. 110 were given a Catholic burial.

The 5 full-term babies recovered by @PAAUNOW remain in the hands of D.C. authorities:

Bukovinac said the five large bodies need “thorough autopsies” to determine if their deaths violated the Partial-Birth Abortion Ban Act or Born Alive Infant Protection Act. She questioned the D.C. Medical Examiner’s claim that it already determined the five were lawfully aborted. Live Action has offered to pay for an “independent neonatal pathologist” to examine them.

PAAU’s attorney made arrangements with D.C. police to pick up the five larger bodies the evening of March 29 after the group failed to find a specialist who could examine them, according to Bukovinac. Handy vacated her apartment and left it unlocked so they could get in.

Police didn’t come until the next day, however, when the FBI started arresting Handy and other activists for a “rescue” at the Surgi-Clinic shortly before the presidential election, Bukovinac said.

The Justice Department announced the indictment of Handy and eight others March 30 on conspiracy and clinic-blocking charges for their actions in October 2020. They each face up to 11 years in prison and $350,000 in fines.

Terry said the indictment was issued a month ago but DOJ only acted to make arrests after PAAU’s police report. He said it was a mistake to report the bodies to D.C. police rather than federal law enforcement, given the alleged violation of federal laws and D.C.’s permissive abortion laws.

The D.C. Metropolitan Police Department declined to answer Just the News queries about whether it referred PAAU’s March 29 report to DOJ and whether MPD will do its own investigation on the fetuses’ age and manner of death.

DOJ spokesperson Aryele Bradford told Just the News it has no comment on the timing of the arrests or any federal plans to investigate the clinic.

Other activists at the press conference denounced the mainstream pro-life movement and churches. Their strategy is to “stay quiet and not offend anyone, and they’ve made cowards out of the rest of us for decades,” said Jonathan Darnel of GetSeriousChurch.com, one of those indicted and arrested for the 2020 incident.