Finally! A Large American Corporation Stands Up To Woke Mob 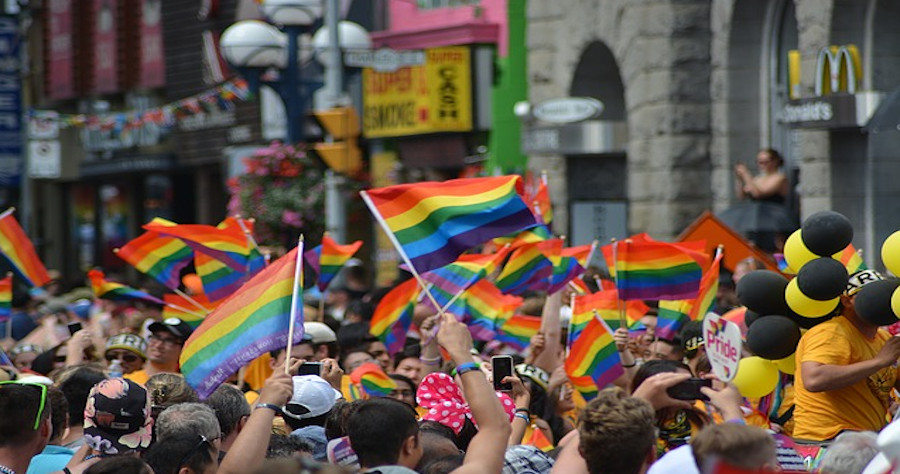 For several years now, we’ve seen one large company after another cave to pressure from wokesters from both inside and outside their organizations. Once viewed as conservative, evil capitalists, Wal-Mart now trains its employees on Critical Race Theory. Nabisco opened a Twitter account for their Oreo brand, and we now have cookies preaching to us about transgender insanity.

But DeSantis and the Florida legislature stood up to Disney and delivered a gut punch to the woke corporation this week when they repealed lucrative, special privileges that Disney has enjoyed since 1969. Polls show a vast majority of Americans are increasingly rejecting this nonsense and supporting common-sense public policy. And now, finally, we have a major U.S. corporation that has put its foot down and is pushing back against the woke bullies.

According to Bloomberg, Exxon Mobile Corporation is now prohibiting the flying of “external position flags” from flagpoles at its corporate facilities. This ban would affect flags such as Black Lives Matter and Pride flags. Needless to say, leftwing and LGBTQ activists inside of the company are not happy.

The policy change comes only weeks before so-called Pride Month in June, and in an email from LGBTQ advocates inside Exxon, they let their displeasure be known:

“It is difficult to reconcile how ExxonMobil recognizes the value of promoting our corporation as supportive of the LGBTQ+ community externally (e.g. advertisements, Pride parades, social media posts) but now believes it inappropriate to visibly show support for our LGBTQ+ employees at the workplace.”

Exxon, however, appears to be standing its ground. In a clarification of the logic behind their announcement, Exxon explained:

“The updated flag protocol is intended to clarify the use of the ExxonMobil branded company flag and not intended to diminish our commitment to diversity and support for employee resource groups.”

Notice what Exxon has not said. Exxon has not prohibited the display of BLM or Pride flags on email signatures, or lapel pins, or on laptop wallpapers. All Exxon is saying is the company itself will not actively participate in the promotion “external positions.”

What’s remarkable is that this stance should even be remotely controversial. Exxon is an energy company, obviously, why should anyone – least of which would be their customers – care what they think about LBGTQ? Or Black Lives Matter? Exxon, and Disney, and Nabisco, and Wal-Mart, and every other company should stick to their product and service offerings. Make your money, market your goods and services, treat your employees well, and save your lecturing for someone else.

Years ago, the message from groups like the LGBTQ community was a plea for tolerance. But then, tolerance wasn’t enough so they began to demand acceptance. Soon thereafter, acceptance wasn’t sufficient and they insisted on celebration. And that’s where we find ourselves now. Hopefully, more companies will follow Exxon’s lead and declare once and for all: enough is enough.