Finally, a No-Holds-Barred Republican: Stephen Miller Cuts Says GOP Must ‘Issue a Flood of Subpoenas, Do Primetime Hearings’ on Open Borders, Inflation, and More after Midterms 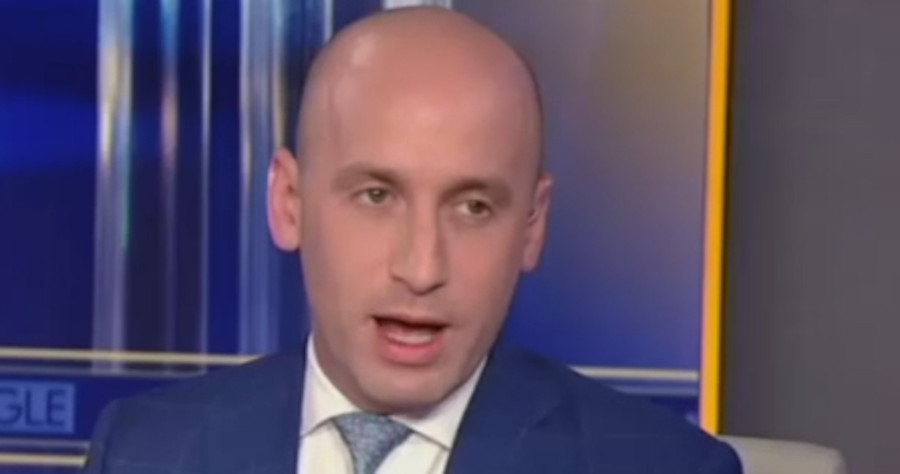 The GOP needs to create select committees on issues like open borders and inflation, “issue a flood of subpoenas, do primetime hearings, [and] demand equal time” Stephen Miller, a senior advisor to former President Donald Trump, said on “The Ingraham Angle” Tuesday.

Miller, who is also the founder of America First Legal, was describing a strategy he desired Republicans to take after presumably gaining congressional seats in the 2022 midterm elections.

“Do [select committees] on the destruction of small businesses, on inflation, on runaway crime, on the formula shortage, on the debacle of Afghanistan, and the corruption, the rot at DOJ — issue after issue, week after week, expose these scandals to the American people.”

Miller’s remarks were part of a segment on “The Ingraham Angle” about potential violence following the release of the Dobbs v. Jackson Women’s Health Organization Supreme Court decision, which may overturn Roe v. Wade. Pro-abortion activists bombed pregnancy clinics and committed vandalism after the leaked draft opinion suggested Roe would be overturned.

Below is a transcript of the segment:

Laura Ingraham: “Now look around your town, your city. Things are bad out there, right? But a lot of Americans are now asking ‘Just how much worse can it get, or will it get?’ Remember, we saw how quickly things spiraled out of control after COVID and during the lockdowns and after the death of George Floyd in the summer of 2020. And now, in the summer of 2022, the economy going down the tubes, political flashpoints like the Roe decision on the horizon…we fear the summer of 2022 could be worse.

“Now, last week, we were the first to document the numerous fire bombings and vandalism that’s just wreaking havoc on pregnancy centers from coast to coast. The violence didn’t really draw any condemnation from political leaders or pro-abortion forces. In fact, the governor of New York responded by signing legislation that would subject pregnancy care centers to investigations despite one in her state just being fire bombed last week. She’s a nice gal.

“Since our report, more senators have come under attack and the political violence did not stop there. Security video posted to Twitter shows two people breaking the window and tossing a lit flare into the office building used by Washington state House Republican Andrew Barkis. Joining me now is Indiana Congressman Jim Banks, chairman of the Republican Study Committee, and Stephen Miller, former senior advisor to President Trump and founder of America First Legal. Congressman, you have news tonight about the refusal of this administration to punish the leftist criminals terrorizing Americans out there.”

Rep. Jim Banks: “Yeah, that’s right. I mean, it turns out that a fellow tried to blow up a police car, was arrested by the Trump DOJ — it’s a mandatory minimum sentence, by the way, of five years — and the Biden DOJ just dropped charges.”

Ingraham: “Was this in New York?”

Banks: “In New York. We’ve seen other cases, too. A couple of lawyers tried to fire bomb a police car in New York — sentenced to ten years by the Trump DOJ. The Biden DOJ changes it to two years. So case after case after case proves there’s a different set of rules with the Biden DOJ for those on the right versus those on the left. In Portland, they’ve dropped charges on about half of those who were arrested in the Portland BLM riots in the summer of 2020 but then you get to Jan. 6 — about 800 people arrested at the Capitol on Jan. 6; they’ve dropped charges on maybe just a small handful of them. So you see the different set of standards very quickly and how politicized the Biden DOJ has become.”

Ingraham: “Yeah, you took a photo of the Capitol Dome on Jan. 6 and you got your house ransacked by the FBI. Stephen, I mean, Merrick Garland was out there early on this administration saying white supremacy and right-wing terrorism was the single biggest threat to America. That’s what our DOJ said and now what’s happening to these volunteer organizations, by the way, that help scared women across the country?”

Stephen Miller: “What you’re seeing now is that the law for the Democrat Party, for Biden, for Garland, is not an instrument of justice but a weapon of partisan vengeance. That’s the reason why our Supreme Court justices are left defenseless. That’s the reason why BLM rioters who staged an insurrection at the federal courthouse in Portland night after night are walking free, but Peter Navarro is facing severe imprisonment, who last time I checked hasn’t physically hurt, assaulted, or attacked anybody.

Ingraham: “Now speaking of the attorney general, he’s hoping, Congressman Banks, that the circus on Capitol Hill will help his investigation.”

Ingraham: “I find that, I mean, as an officer of the court myself, I find that to be really disturbing, that comment, like, look out kids, I’m coming for you. What?”

Banks: “He’s coming after you if you are on the right, if you voted for Donald Trump, if you’re a conservative, if you oppose this administration. They’ve completely weaponized the Department of Justice. We can’t let them get away with it. That’s why I wrote a letter to the DOJ demanding that they explain why they dropped charges on this guy who tried to blow up a police car. They must explain why they did that and then, when we get the majority back after the midterm election, we have to use the Judiciary Committee, other committees in the House to demand answers and hold them accountable.”

Ingraham: “Stephen and I have talked about this offline — I know you won’t mind me sharing this — but if the Republicans, when the Republicans take back power, this is when we’re worried that stuff won’t get done, Congressman, because we’ve seen it time and again: Republicans squander their opportunity once in power: defunding these military woke programs, defunding all these efforts to intimidate Americans, censor Americans. This has to be done to save our freedom, has to be.”

Banks: “I hear you and I understand the skepticism, but I can tell you, if there’s ever been the right man in the right place, at the right time, it’s Jim Jordan chairing the House Judiciary Committee, for example, and he’s getting ready to look into situations like this. The American people and our voters are demanding it — we will not let them down on that front.”

Ingraham: “And how, Stephen, important is it, when Republicans get back into power to expose what this big government socialism has done to small business across America, which is being crushed right now in this inflation?”

Miller: “Well, my proposal is, they need to form a series of select committees, just like the Democrats did. We pick who the Republicans are and we get to pick who the Democrats are, if any at all, issue a flood of subpoenas, do primetime hearings, demand equal time, do them on open borders, do them on the destruction of small businesses, on inflation, on runaway crime, on the formula shortage, on the debacle of Afghanistan, and the corruption, the rot at DOJ — issue after issue, week after week, expose these scandals to the American people.”