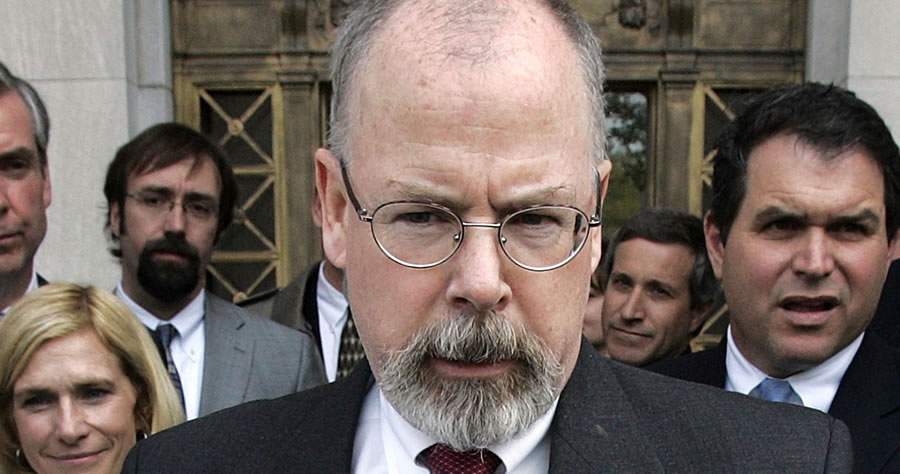 Lawyers for Special Prosecutor John Durham and former Hillary Clinton campaign lawyer Michael Sussmann on Monday began the process of selecting a jury pool with the process possibly concluding as earlier as tonight.

By lunch recess, 23 jurors were confirmed out of a possible total pool of 37, from which 12 jurors will be chosen for the trial. Potential jurors were questioned about their donations to 2016 presidential campaigns and if they would be able to set aside their views of both political parties’ candidates and judge the case fairly.

The trial, taking place in the U.S. District Court for the District of Columbia, is Durham’s first in his probe into the origins of the now-discredited Trump-Russia collusion narrative that began in 2019.

Durham charged Sussmann in September 2021 for allegedly lying to the FBI five years earlier when he told the bureau’s then-General Counsel James Baker that he was not working on behalf of any client while providing him with since-debunked allegations about then-candidate Donald Trump.

Sussmann is pleading not guilty to the charge, claiming that he did not bill “the Clinton Campaign for his meeting with the FBI in September 2016.”

Durham and Sussmann were both present at the trial. Sussmann occasionally consulted with his legal counsel during jury selection, as he and one of his lawyers examined their notes.

Judge Christopher Cooper, appointed to the bench by former President Barack Obama, is presiding over the trial.

Sussmann, a former federal prosecutor, told the FBI that the Trump Organization had a secret communications channel with the Kremlin through Russia’s Alfa Bank. The FBI, CIA, Trump-Russia Special Counsel Robert Mueller and others have debunked the claim.

Durham says Sussmann was working at the time on behalf of two clients, the Clinton campaign and then-Neustar tech firm executive Rodney Joffe. The special counsel argues that in a text message from Sussmann to Baker, the former Clinton campaign lawyer said he wasn’t representing any clients.

However, Durham alleges, Sussmann “repeatedly billed the Clinton campaign for his work” on the Alfa Bank allegations and that he admitted to approaching the FBI at the instruction of a client in his testimony to Congress.