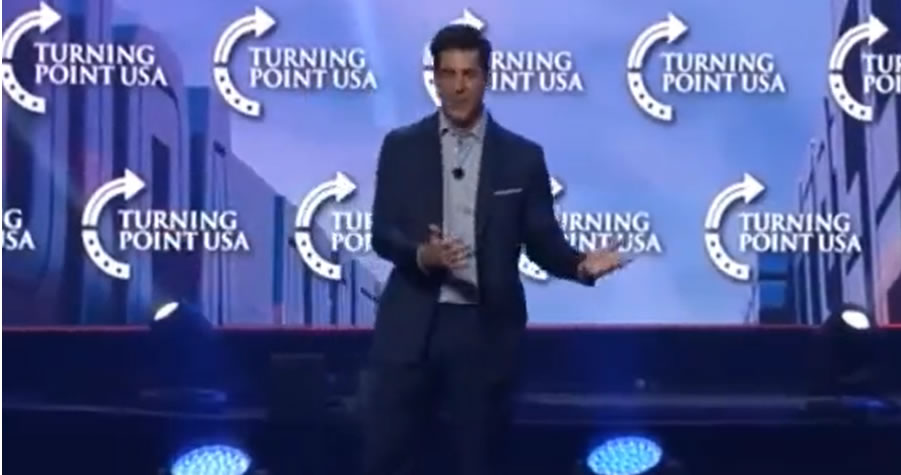 Fox News issued a firm statement on Tuesday standing by host Jesse Watters after Dr. Anthony Fauci called for Watters’ to be fired.

While speaking at America Fest, a massive conference hosted by Turning Point USA, Watters encouraged conservatives to engage in “Project Veritas”-style journalism against Fauci and others, including Democratic Sen. Elizabeth Warren.
Watters went on to detail how conservatives should question Fauci on the spot to get a response and then go in for the rhetorical “kill shot.”
Soon after Watters comments, Fauci appeared on CNN and seemed to suggest that Watters was speaking literally when he said “kill shot” and that he should be fired.

Fox News responded to Fauci with an explosive statement standing by Watters, saying “it’s more than clear” that Watters was not being literal.

“Based on watching the full clip and reading the entire transcript, it’s more than clear that Jesse Watters was using a metaphor for asking hard-hitting questions to Dr. Fauci about gain-of-function research and his words have been twisted completely out of context,” the statement read.

Below is a partial transcript of Watters comments on Fauci:

You got to ambush a guy like Fauci. OK, this is how you do these ambushes like O’Keefe. You got to be respectful because they’ll turn the tables on you and you can’t have it blow up in your face. So if you see Fauci out and about and you know he’s coming to town, this is how you approach. First, you identify yourself, you say, My name’s Thompson. I’m from da da da da da address. Do you mind Dr. Fauci if I ask you a few questions? You say No, you were polite. So if he says No, no, no, no. Not right now you say No, no, no. We’re going to address this right now. That’s how you turn the tables and you start with an aggressive posture. Then you hit him with the first question. The first question can’t be a yes or no question because his answer can just be yes or no. You got to elicit. It has to be a how or why. So what you do with Anthony Fauci is, you say Dr. Fauci, why did you lie? OK? Why did you lie?

I love that question. Why did you lie when you said that you didn’t fund gain of function research at the Wuhan lab? Now Fauci, you did, funded it. So he’s either going to deny it, he can’t deny it because he’s going to lie again, or he’s going to be just going to speak gibberish. You let him talk. Get it on tape with your iPhone or your buddies iPhone. I don’t have time to get this technicality on it, but you let him talk. And here’s your follow up. Here’s a little trick of the trade. Keep a little document in your pocket. All right. This is the grant that funded the research. It’s in your pocket and you can print it out. It’s on the internet. You know what it is, or if it’s a blank sheet of paper, you hold the sheet of paper up for effect. You said, I have your grant right here, Dr. Fauci. You wave it in his face. You wave that in his face for the camera, for flare. And then you read it to him. Right? You say it says right here. 2014, eight hundred grand.

Here’s the clip of Watters:

We heard everyone is talking about Jesse Watters’ speech at #AMFEST2021