Fireworks On The Five: Gutfeld Blasts Geraldo – ‘I’m Not Allowing You To Tell Me To Wear A Mask’ [VIDEO] 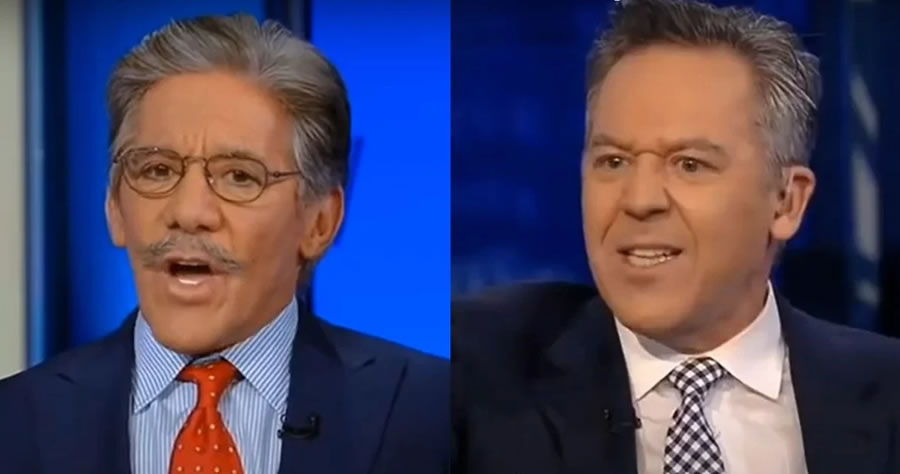 Fox News host Greg Gutfeld got into it with Geraldo Rivera over the Biden administration, and many Democrat state’s COVID-19 policies that Gutfeld said was “creeping” authoritarianism.

The argument came on Tuesday during the popular Fox News show “The Five” where the two men, along with their cohosts, talked about the comments made by liberal Bari Weiss talking to fellow liberal Bill Maher on his HBO show “Real Time” when she said she was “done with COVID.”

“There are some polls saying that younger people are more worried than medically vulnerable older people, is that indoctrination?” Jeanine Pirro, the newest cohost of “The Five” said.

“I like Bari Weiss and Bill Maher, but I’m with Whoopi Goldberg: ‘How dare you be so flippant?’” Rivera said.

“It’ll come,” he said of the pandemic eventually ending. “It is happening. Why rush it? And in terms of those Virginia parents, they send their unvaccinated kid to a school that’s requiring vaccinations, they have to get ready for that child to be isolated in the auditorium because that’s the rule.”

He said that it was one thing for a person to risk it for themselves but not OK for them to risk giving the virus to someone else, even as science says the vaccinated can spread it.

“You are making the choice not to be vaccinated, you give the disease to someone who has not made that choice, a kid under five years old,” he said. “I think that — just calm down, it’s coming.”

“The governor says they don’t have to wear a mask, the schools are now segregating the kids,” she said.

“Effective risk management is not flippant. I don’t see anything flippant about that. When the risk is minuscule, if you understand risk management, you become the adult in the room and you make the decision. It’s the person –” Gutfeld said before Rivera interrupted.

“You can’t make the decision for me,” Rivera said.

“Yes, I can! I’m not allowing you to tell me to wear a mask,” Gutfeld said, which Rivera responded to by saying he would not be welcome in his house.

“I’m not coming over to your giant house?” Gutfeld said.

“People are okay with this creeping incrementalism, this authoritarianism. It does not land on your planet and a giant crate marked ‘authoritarianism,’” Gutfeld argued. “It’s like the slow-boiling water that a frog is placed in and you don’t know until entertainers and journalists and the radical we have known for years, Geraldo starts sounding like The Man, starts embracing the side of enforcement, starts saying like, ‘We can’t have any risk in our lives! It all has to be zero, or you’re evil!’ That’s B.S., right?”