First migrant bus from Texas arrives in DC, drops them blocks from Capitol 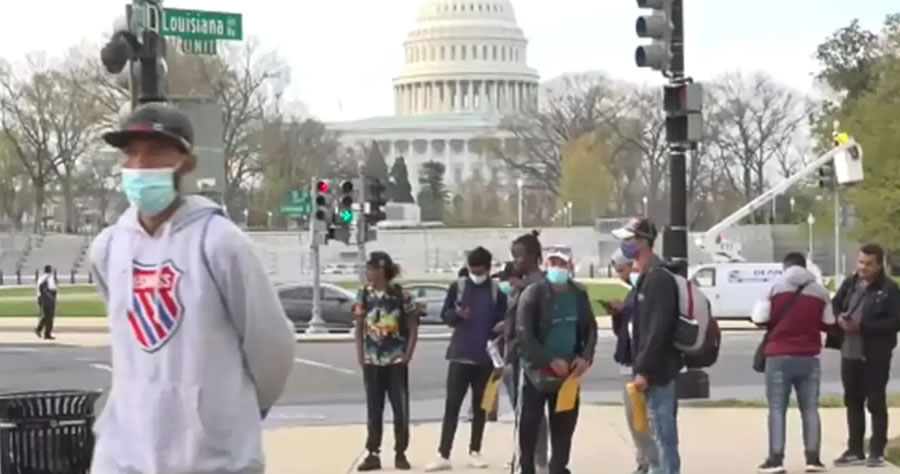 The first bus filled with dozens of illegal immigrants from Texas arrived in Washington, DC, Wednesday, one week after Gov. Greg Abbott vowed to transport migrants in the US illegally to the nation’s capital as the immigration crisis along the southern border grows.

The bus arrived in Washington around 8 a.m., parking blocks away from the US Capitol in front of the building that houses Fox News, NBC News and C-SPAN.

The migrants exited the bus one by one, except for family units that left together, according to Fox News, whose cameras captured the arrival live. Officials cut off wristbands before the migrants were released.

“We are sending them to the United States capital, where the Biden administration will be able to more immediately address the needs of the people that they are allowing to come across our border,” the Republican governor added.

The Texas Division of Emergency Management is leading the effort to transport the migrants from federal custody to DC. Each bus will have the capacity and supplies to transport up to 40 migrants.

The charter buses were dispatched last week to border communities in the Rio Grande Valley and Terrell County and picked up migrants who volunteered to be transported.

Usually when migrants are released from federal custody after crossing the border — having avoided expulsion — they are given paperwork allowing them to remain in the US. They are also issued an order to appear in immigration court to make their case for asylum.