Flashback-V.P. Biden: ‘We Have to Go Spend Money to Keep From Going Bankrupt’ 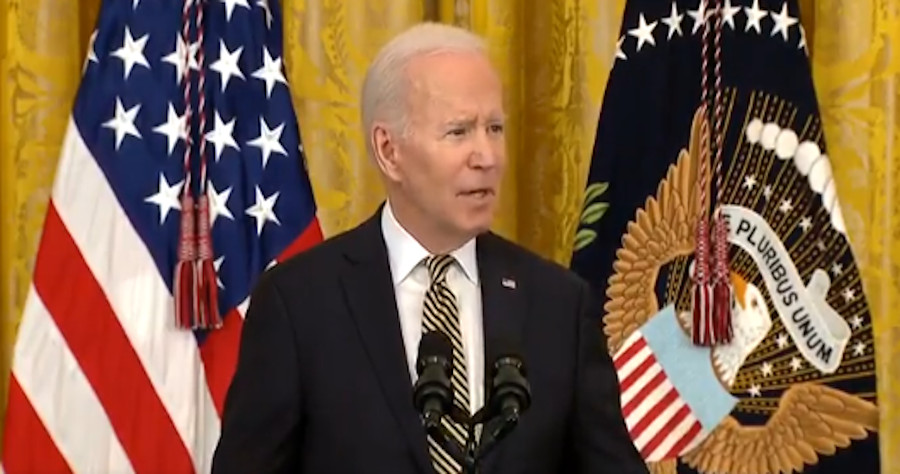 On Monday, President Joe Biden blamed April’s 8.3%, year-over-year, inflation on the COVID pandemic and Russia’s war in Ukraine, not on increased government spending – which, as far back as 2009, he has called vital “to keep from going bankrupt.”

As Vice President, Joe Biden told attendees at an AARP town hall meeting that, unless the Democrat-supported health care plan (Obamacare) became law, the nation would go bankrupt, and that the only way to avoid that fate is for the government to spend more money.

At the July 16, 2009 AARP meeting, then-Vice President Biden made the case for higher spending:

“And folks look, AARP knows and the people with me here today know, the president knows, and I know, that the status quo is simply not acceptable. It’s totally unacceptable. And it’s completely unsustainable. Even if we wanted to keep it the way we have it now. It can’t do it financially.”

“We’re going to go bankrupt as a nation.

“Now people, when I say that, look at me and say, ‘What are you talking about, Joe? You’re telling me we have to go spend money to keep from going bankrupt?’

On Monday, the Bureau of Labor Statistics reported that consumer prices rose 8.3% in April, year-over-year, following March’s 8.5% increase (the highest since 1981).

In remarks responding to the news, Pres. Biden blamed the pandemic and the Ukraine war:

“I want us to be crystal clear about the problem. There are two leading causes of inflation we’re seeing today. The first cause of inflation is a once-in-a-century pandemic. Not only did it shut down our global economy, it threw the supply chains and the demand completely out of whack.”

“And this year we have a second cause: Mr. Putin’s war in Ukraine. We saw in March that sixty percent of inflation that month was due to price increases at the pump for gasoline.”