Florida Antifa wanna-be who cased Jan. 6 anniversary rally with what appeared to be bombs gets probation 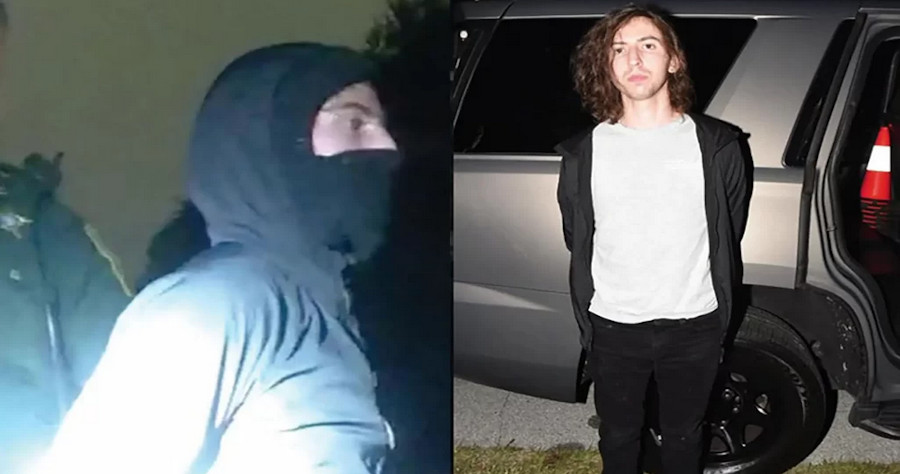 An alleged Antifa supporter who had been detained while fleeing a Jan. 6 anniversary rally in Clearwater and found to possess what looked like a pipe bomb has had his day in court. It wasn’t that bad.

Garrett Smith, 22, was given six months probation, fined $450 and ordered by Judge Brett Szematowicz not to possess explosives or fireworks during that period, according to the Tampa Bay Times.

Smith had been wearing identity-concealing black bloc clothing and gear commonly associated with Antifa and in possession of a suspected pipe bomb when he was caught by police near a Clearwater Beach rally in support of a man charged in the Jan. 6 protest at the U.S. Capitol building.

Pinellas County Sheriff’s Office deputies initially detained Smith on a loitering charge but when they searched Smith’s backpack, they discovered what they described as a homemade, pipe-style explosive device. 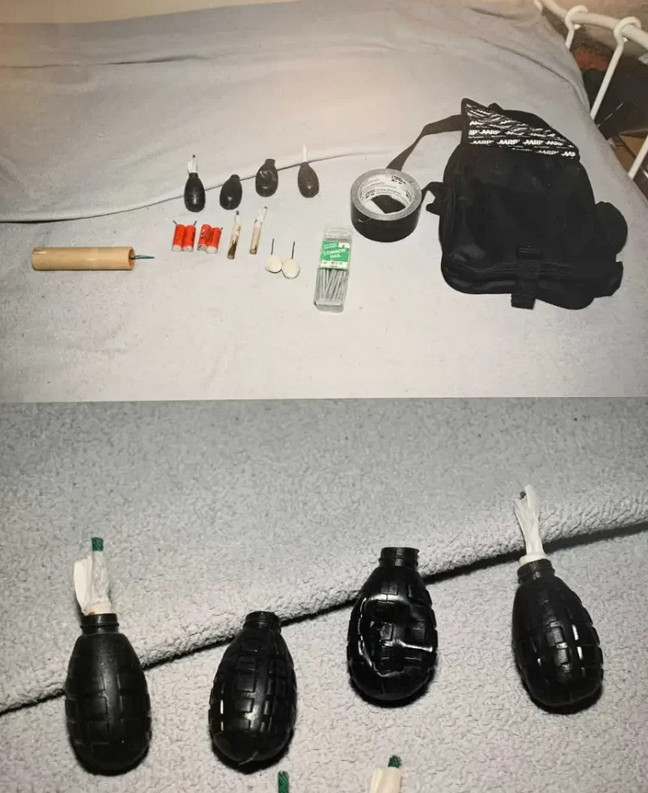 Smith was purportedly targeting dozens of attendees of a rally protesting the treatment of Jan. 6 suspects on the one-year anniversary of the demonstration in Washington, D.C.

The evening rally had attracted about 85 people to the Pinellas County Justice Center in Clearwater to show support for Jeremy Brown — a former U.S. Army special forces soldier, a member of the right-wing Oath Keepers group, and one-time congressional candidate.

Brown was arrested on Sept. 30, 2021, for “knowingly entering or remaining in any restricted building or grounds without lawful authority” during the Capitol melee. Brown is currently being held at the Pinellas County Jail without bond on federal charges.

Pinellas County Sheriff Bob Gualtieri at the time said Smith’s apparent pipe bomb “had the potential to be very harmful.”

According to a PCSO press release, Smith was observed at 7:24 p.m. behaving suspiciously near the crowd and then fleeing in the opposite direction of the demonstration. According to the Sheriff’s Office:

“Deputies conducted an investigation and arrested Smith on a charge of Loitering and Prowling. After the arrest, deputies searched the backpack, where an explosive device was located, along with additional items.

Deputies searched the area and no additional explosive devices were located. During the course of the investigation, detectives obtained a search warrant for Smith’s residence, where they located more explosive devices.”

Smith lives with his parents in Oldsmar, about 12 miles northeast of Clearwater. A search of the home revealed more suspected explosives, tape and nails for use in grenades.

A hand-drawn “direct action checklist” that was found in his backpack included a drawing of an umbrella. The symbol has been adopted by Antifa militants for their frequent use of black umbrellas to shield one another from cameras while they commit acts of violence or vandalism.

A helmet found in his backpack during his arrest had the Antifa “iron front” symbol painted on it.

In addition to the misdemeanor loitering charge, Smith had been facing three felony charges of making, possessing, or discharging a destructive device. Bomb squad investigators from the F.B.I., Hillsborough County Sheriff’s Office and the Tampa Police Department responded to the scene and determined the device was a “homemade M-type destructive device,” according to the affidavit.

However, those serious charges were dropped by prosecutors with the Pinellas-Pasco State Attorney’s Office a month after he was charged.

Prosecutors chose not to pursue the charges after the Bureau of Alcohol, Tobacco, Firearms, and Explosives determined the items Smith possessed were legal “novelty devices” that, if lighted, emit smoke but don’t explode, a prosecutor wrote in the notice.

Nick Dorsten, Smith’s attorney, stated that his client had been carrying items that were essentially fireworks that would create smoke, but not an explosion.

The items retrieved by authorities had been tested in an ATF lab in Atlanta, which found that they were smoke devices and not explosives.

“Basically, he bought some fireworks that were novelty devices. The kid got in over his head.”

Dorsten noted that Smith has attended a number of political protests over the last few years, including some in riot-torn Portland, Oregon, but said that “[Smith] quickly realized that Florida is not Portland.”

While Smith’s arrest report listed “Antifa” as an aggravating circumstance, Dorsten has claimed that Smith is not part of such a group. Dorsten said:

“My understanding is he showed some [A]ntifa sympathies, but I think the investigation showed he’s not part of that group. If anything, he maybe watched them and took some notes on them.”

According to WTSP, authorities say they consider Smith “one of the most concerning individuals” because he had no criminal history, no apparent online presence, and there was no prior intelligence on him.

“Smith is what we call a sleeper, and these are the most concerning individuals because there are no opportunities to intervene and thwart their criminal activity before they actually act.”

“There’s absolutely nothing out there,” he said of his social media presence, calling it “most unusual.” Gualtieri added:

“Smith refused to give any information, he refused to talk to deputies.”

He noted that law enforcement “really have no idea as to what his political leanings are.”

Smith was described as “Antifa” and “Antifa/Anti gov/Extreme.” in affidavits, the Tampa Bay Times noted.

While the Jan. 6 individuals who trespassed on the Capitol grounds are being held without bail and parents are labeled “domestic terrorists” for demanding accountability from school boards, the media mostly remains silent on Antifa sympathizers while the courts drop charges against them.