Florida cyclist plummets to her death when drawbridge opens 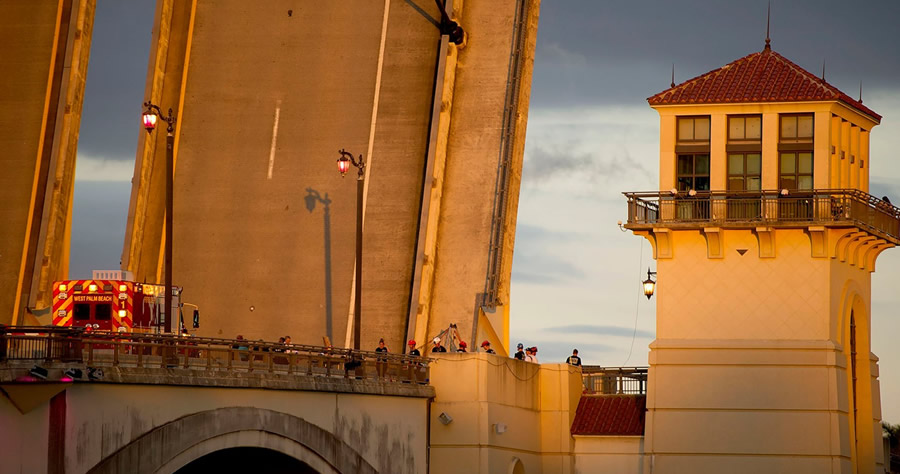 A woman crossing a Florida drawbridge with her bicycle fell more than 50 feet to her death when it opened — and landed on concrete below, authorities said.

She was within 10 feet of the drawbridge’s barrier arms that halt traffic when it started to rise, police told the Palm Beach Post.

A man on the other side of the span quickly grabbed onto the woman’s arms, but couldn’t keep his grip, Jachles said.

“He tried to help her but he wasn’t able to hold onto her and she fell about five to six stories below,” Jachles said. “At some point it opened. The circumstances around that are under investigation by detectives.”