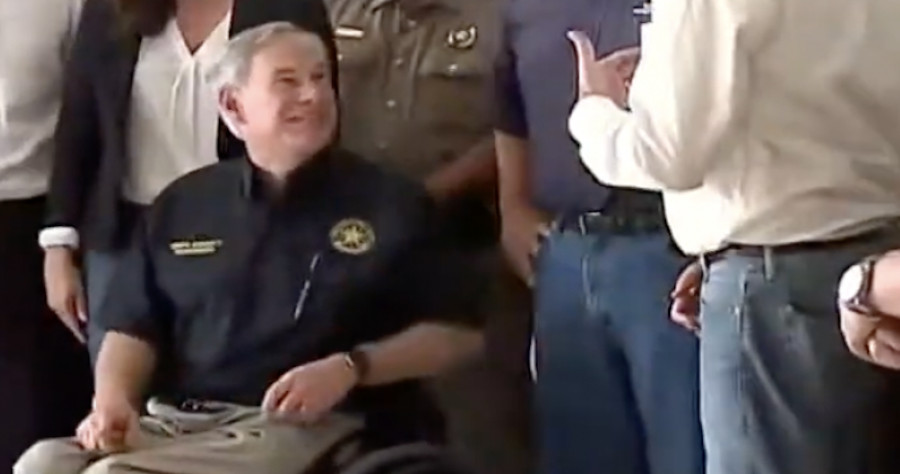 While Florida Governor Ron DeSantis is known for his staunch opposition to the Wuhan virus lockdowns, he has gradually built a reputation as a budding immigration patriot.

According to a report by Brandon Walters at Texas Scorecard, DeSantis is pushing the envelope by criticizing Texas Governor Greg Abbott for his refusal to send illegal aliens back to Mexico. DeSantis’s statements came at a time when illegal border crossers are knifing through the southern border at alarming levels.

“They let them come across and then you give them to the feds, and the feds just release them anyways,” DeSantis declared, per a report from Florida Politics. “What they need to do, Texas, is Texas should just send them back across the border.”

“Who cares what the feds are saying? They’re not doing their job,” DeSantis continued. “Or not let them come across the border to begin with, because they go right across the river. They just walk right across. No one’s stopping [them]. Some pushback, I think, would be good. And I would send people to help with that.”

Due to solid primary challengers who attacked Abbott from his Right, Abbott was compelled to launch Operation Lone Star last year to tackle the invasion pummeling the southern border. That said, OLS has been placed under significant scrutiny for allegedly functioning as a form of “political theater.” Waltens noted that this program is filed “with political, legal, and logistical problems.”

One of Abbott’s recent plans to address the migrant crisis consisted of busing migrants to Washington, D.C. and subjecting commercial traffic at the southern border to further inspections.

Critics of Abbott’s plans claim that they fall short because of how they allow illegal aliens to be released into the American interior, thereby eroding US sovereignty. Instead, they propose immediate deportation to fully solve this problem.

Waltens noted that the Center for Renewing America has put forth a plan where each state would incorporate Article I, Section 10, Clause 3 of the U.S. Constitution. They would do so on the grounds that the border crisis constitutes an invasion and the federal government has been derelict in its duty to defend the border.

Under this clause, states would have the power to halt an invasion through the deployment of their state guards. On top of that, this plan would let governors band together by entering an interstate compact to shore up border security.

As of now, Abbott has not committed to declaring the massive influx of illegal aliens as an invasion.

Texas Scorecard reached out to Attorney General Ken Paxton who indicated that he would support such moves if the governor or the state legislature took border security matters into their own hands.

“It cannot be the law that the Texas governor, the Arizona governor, or any governor can sit by while crimes are being committed, while their states are being pillaged,” stated Paxton.

Waltens noted that DeSantis and Abbott will likely be competitors in the 2024 presidential election cycle:

DeSantis represents a new generation of right-wing leaders who are willing to take on sacred cows such as big business and mass migration. BLP previously reported on DeSantis’ willingness to take on woke sports franchises and embrace patriotic reforms such as E-Verify.

Greg Abbott is a low-energy Republican whose star has faded.

Former president Donald Trump and DeSantis are the only Republicans figures ready to confront the woke Left and make right-wing populism the new reality of American politics.