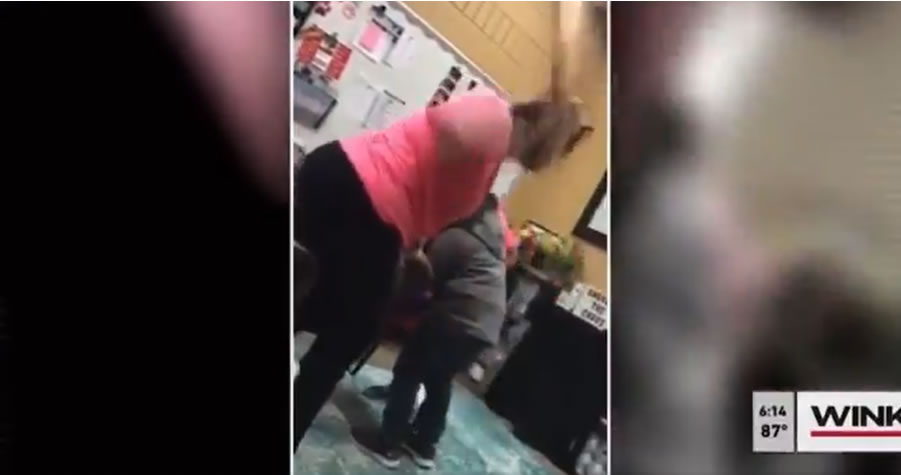 A Florida elementary school principal is under investigation for whacking a 6-year-old girl with a paddle in a shocking incident that was captured on video by the student’s mom, according to a local report.

Melissa Carter, head of Central Elementary School in Clewiston, was filmed bending the child over and hitting her several times with the wooden paddle, local outlet WINK-TV reported.

“The hatred with which she hit my daughter, I mean it was a hatred that, really I’ve never hit my daughter like she hit her,” the girl’s mom told the TV-station in Spanish. “I had never hit her.”

The mom, who wasn’t named in the report, said she was called by the school on April 13 because her daughter had apparently caused about $50-worth of damage to a computer.

A 6yo child in FL. was beaten by her school principal, in front of her mother, for damage she allegedly caused to a computer. ⚠️ this video is graphic. It’s infuriating, outrageous & shocking & the principal is now under criminal investigation. https://t.co/M3cIZeTMKa pic.twitter.com/HPAcbYXlXe