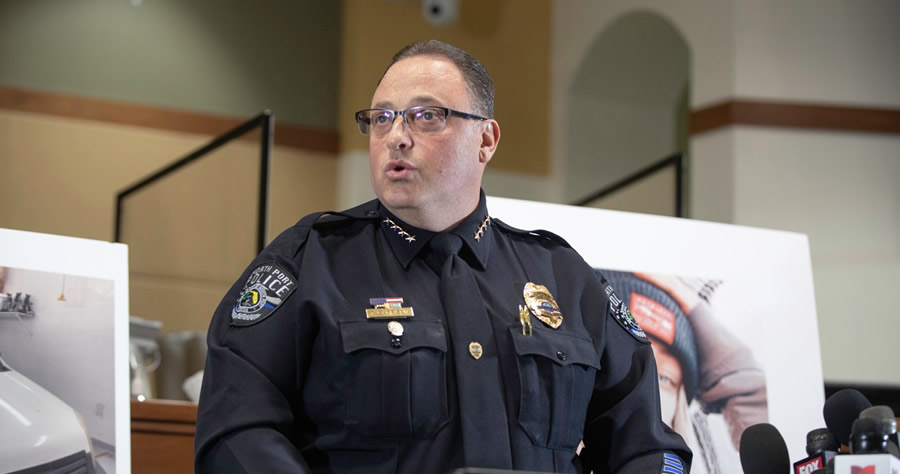 The Florida police chief tasked with keeping tabs on Brian Laundrie before a massive manhunt for the fugitive admitted to “human error” in the case.

North Port Police Chief Todd Garrison said cops dropped the ball when they spotted the fugitive outside his parents’ home on Sept. 15 — only to later learn it was actually Laundrie’s mother.

“As a leader, what do I do?” North Port Police Chief Todd Garrison said at a recent forum. “No, people want open transparency and honesty from their law enforcement officials.”

“Yes, we made a mistake,” he added. “It was human error, but I still stand behind my team.”

But Garrison, speaking at the South County Tiger Bay Club in Venice on Friday, said the gaffe did not hamper the investigation — Laundrie had gone missing a day earlier and may have already been dead.