Food vendor, 65, says he was beaten after confronting woman for taking US flag from cart and demanding it be replaced with Pride flag 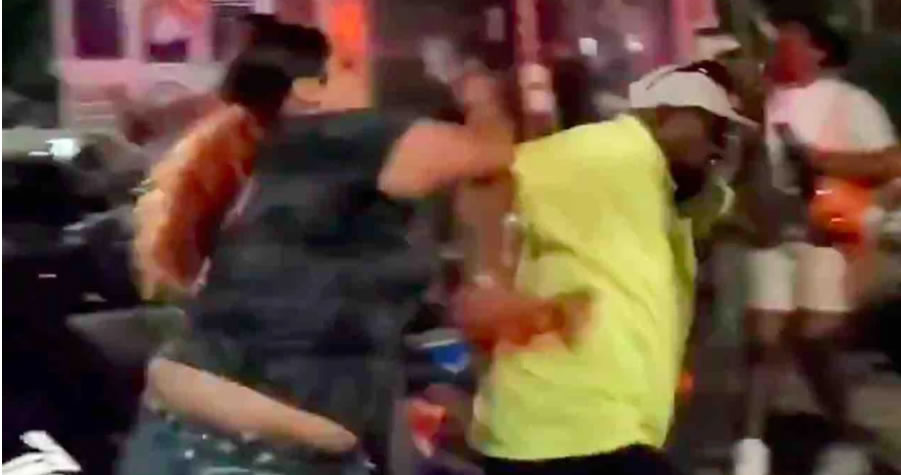 A 65-year-old food vendor told the New York Post a woman took a U.S. flag from the cart he was helping operate Sunday night outside Washington Square Park in Manhattan and demanded that a Pride flag replace it.

But when Nader Hassaneen confronted the woman, he told the paper she got angry. And then she and others physically attacked him, he added to the Post.

“I have a broken nose. They say I might need surgery,” Hassaneen told the Post. “When I saw the blood in my cap, and I was bleeding from my nose, I thought I was going to bleed to death.”

Pride festivities had been going on all day in the park, the paper said.

Rioters at a NYC Pride event assaulted a food cart operator. He (in the neon green shirt) was left bloodied on the ground. pic.twitter.com/MdfAnRW8BT