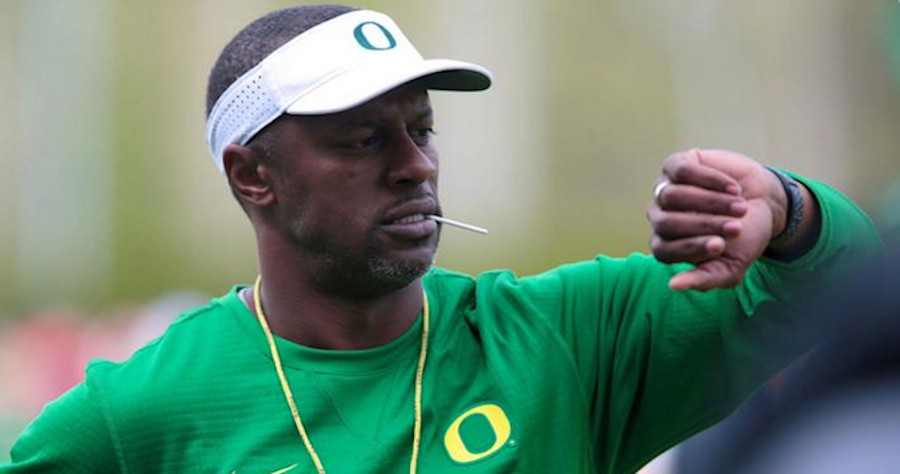 You may remember a few years ago when there was a medical scandal inside the Oregon Ducks football program that left a pair of players hospitalized in 2017 after reported strenuous offseason workouts resulted in rhabdomyolysis and other injuries.

The first report of this came from ESPN’s Heather Dinich on Sunday.

While the trial is not new but was filed back in 2019, it is back in the news after Brenner added $100 million damages claims to the lawsuit. Brenner alleges in the lawsuit he sustained lifelong injuries during a series of controversial workouts in 2017.

Along with Taggart, former Oregon strength coach Irele Oderinde is named in the lawsuit as well.

“The lawsuit alleges negligence against all defendants, accusing Taggart and Oderinde of imposing physical punishment on the players, failing to prohibit it, and failing to ensure that Oderinde had adequate training to do his job,” Denich wrote on ESPN. “According to the lawsuit, Oderinde did not carry industry-required certification to be a strength and conditioning coach at Oregon.”

The trial is scheduled to start on Tuesday in Eugene, and according to the ESPN report, both Taggart and Oderinde are expected to be there in person.