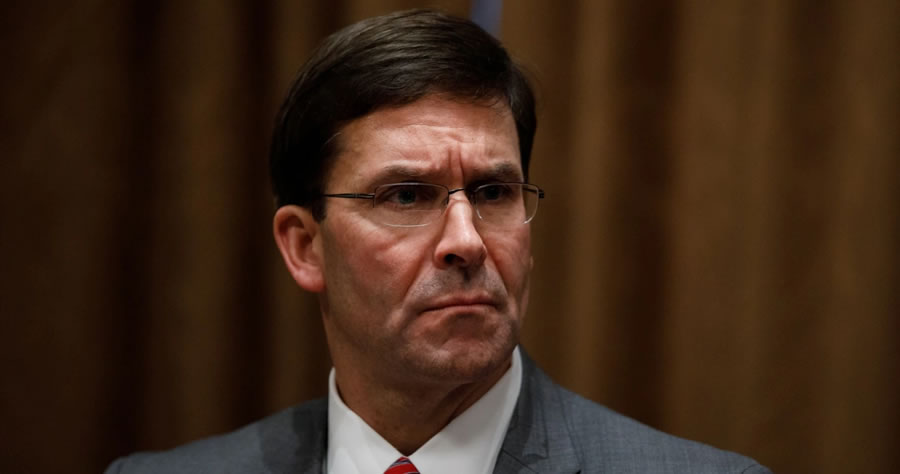 Mark Esper, the U.S defense secretary under President Donald Trump, is suing the Pentagon for allegedly trying to censor his memoir about his time in the administration even though at least some of the information was apparently already made public.

“Significant text is being improperly withheld from publication in Secretary Esper’s manuscript under the guise of classification,” the federal lawsuit claims. “The withheld text is crucial to telling important stories discussed in the manuscript.”

Esper, a U.S. Army Gulf War veteran, West Point graduate, and ex-lobbyist who was fired by Trump shortly after the 2020 election, claims that the Defense Department is “infringing” on his constitutionally protected free-speech rights under the First Amendment in the review process for his book due out in May 2022, titled “A Sacred Oath.”

Former executive branch officials are subject to a requirement that their manuscripts must be pre-audited for national security reasons, a standard which is sometimes applied in a vague or catch-all manner.

According to the New York Times, Esper says that “multiple words, sentences and paragraphs from approximately 60 pages of the manuscript were redacted” without explanation when he receive the vetted document back from government officials in the Defense Office of Prepublication and Security Review.

Milley on the defensive, reveals details when put on spot: ‘Did you or did you not …? https://t.co/GOUojmk7Hy pic.twitter.com/inOqGdSZ57