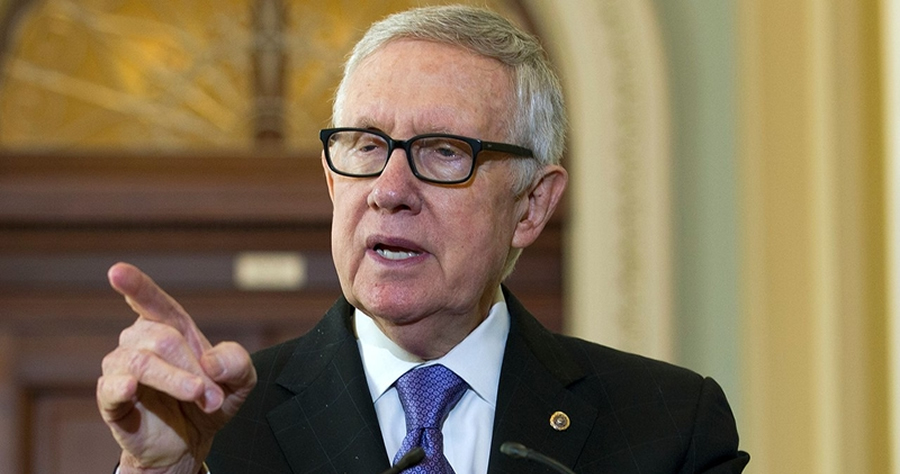 Reid was born in rural Nevada where he quickly made his name in the state, serving in the Nevada Assembly in 1968 and two years later being elected the lieutenant governor of Nevada. He then went on to serve in Congress where we served for 34 years, becoming a star within the party. In 1986, Reid won his race for Senate.

“I am heartbroken to announce the passing of my husband, former Senate Majority Leader Harry Reid. He died peacefully this afternoon, surrounded by our family, following a courageous, four-year battle with pancreatic cancer. Harry was 82 years old. We were married for 62 years,” Reid’s wife, Landra Reid, said in a statement. “We are so proud of the legacy he leaves behind both on the national stage and his beloved Nevada. Harry was deeply touched to see his decades of service to Nevada honored in recent weeks with the re-naming of Las Vegas’ airport in his honor. Harry was a devout family man and deeply loyal friend.”

Current Senate Majority Leader Chuck Schumer weighed in on Reid’s death, saying: “Harry Reid was one of the most amazing individuals I’ve ever met He never forgot where he came from and used those boxing instincts to fearlessly fight those who were hurting the poor & the middle class He’s gone but will walk by the sides of many of us in the Senate every day.”

He’s gone but will walk by the sides of many of us in the Senate every day pic.twitter.com/8T9PiD7vY4