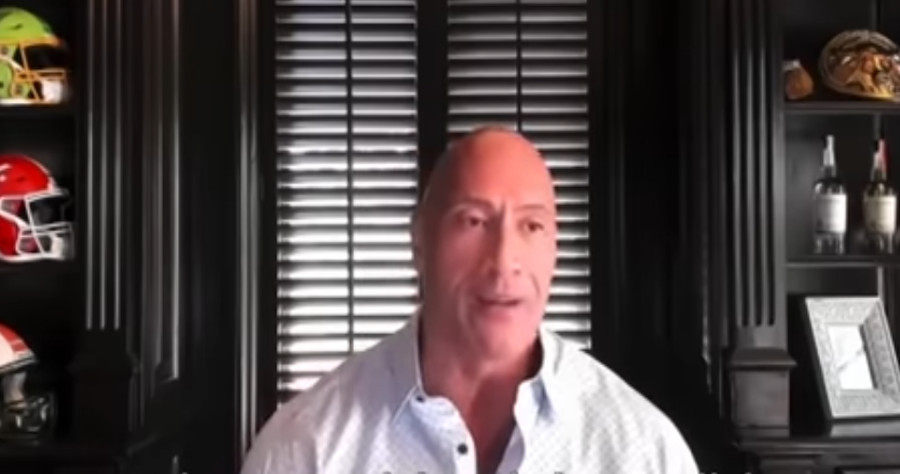 Beloved movie star Dwayne “The Rock” Johnson may be planning a presidential run.

Mick Mulvaney, Donald Trump’s chief of staff from January 2019 to March 2020, said that he thinks Johnson is a serious contender in a potential Republican primary race in 2024.

When asked who he thinks “could mount a serious challenge to Donald Trump in the 2024 GOP primary,” Mulvaney told Politico that few people stand a chance at beating Trump in a Republican primary, but that a short list of people could present themselves as serious challengers to Trump in 2024, The Wrap reported.

Johnson has publicly flirted with the idea of running for president for years, and has hobnobbed with members of the political elite, but stopped short of declaring himself a member of either major party.

In the past, Johnson has attended Republican events and could be tied to Republican campaigns, but most recently he declared his support for Joe Biden and Kamala Harris in the 2020 presidential election while labeling himself a “political independent and centrist.”

Trump has continued to tease a presidential run in 2024, stopping short of making any official announcements or commitments that would make him subject to campaign finance regulations.

Insider reported that in a recent interview, Trump said, “I don’t want to comment on running, but I think a lot of people are to be very happy about my decision because it’s a little boring now.”

Trump said, “If I ran, I can’t imagine they’d want me to run, some out of loyalty would have a hard time running. I think that most of those people, and almost every name you mentioned, is there because of me. In some cases, because I backed them and endorsed them.”

In 2021, Johnson spoke with Vanity Fair about his potential political debut.

In the interview, Johnson said, “At the end of the day, I don’t know the first thing about politics. I care deeply about our country.”