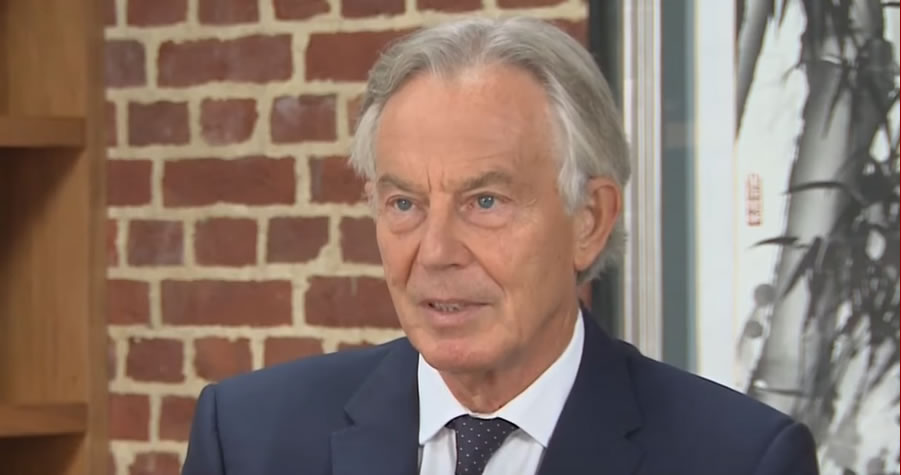 Tony Blair has launched a furious attack on Joe Biden’s “imbecilic” withdrawal from Afghanistan, as the airport at the centre of evacuation efforts was forced to shut on Saturday amid horrific scenes.

In an extraordinary attack, the former prime minister, who took Britain into Afghanistan in 2001, said the “deep politicisation” of US foreign policy was “visibly atrophying” American influence, and claimed the debacle over the withdrawal risked Britain being relegated to the “second division” of global powers.

Mr Blair broke his silence as Boris Johnson and Dominic Raab, the Foreign Secretary, concluded that Britain would have to turn to Russia and China to assist with exercising a “moderating influence” over the Taliban, as the UK presence in the country comes to an end, despite a deep mistrust of both regimes.

On Saturday night, Mr Raab told The Telegraph: “We’re going to have to bring in countries with a potentially moderating influence like Russia and China, however uncomfortable that is.”

Kabul airport was shut down on Saturday and US citizens were urged not to head there in their attempt to flee Afghanistan, amid reports of people dying after being crushed or succumbing to sweltering temperatures in the crowds as individuals and families sought refuge from the Taliban.

The British military says seven Afghan civilians have been killed in the crowds near the airport.

The Ministry of Defence said in a statement on Sunday that “conditions on the ground remain extremely challenging but we are doing everything we can to manage the situation as safely and securely as possible.”

The US State Department announced it was closing the airport for at least 48 hours to concentrate on processing the hundreds who had already managed to get inside.

Senior Government figures believe that Britain’s hand was forced by the US taking the decision to leave. On Saturday, one Whitehall source said that Mr Biden appeared to be “slightly devoid of reality”.

In an article published on the website of his global change institute, Mr Blair says it is “obvious” that the decision of “the West” to withdraw from Afghanistan “in this way” was driven “not by grand strategy but by politics”.

In a thinly veiled attack on the Democratic president, whom Mr Blair had praised in January as “the right man in the right place at the right time”, he writes: “We didn’t need to do it. We chose to do it. We did it in obedience to an imbecilic political slogan about ending ‘the forever wars’, as if our engagement in 2021 was remotely comparable to our commitment 20 or even 10 years ago, in circumstances in which troop numbers had declined to a minimum and no allied soldier had lost their life in combat for 18 months.”