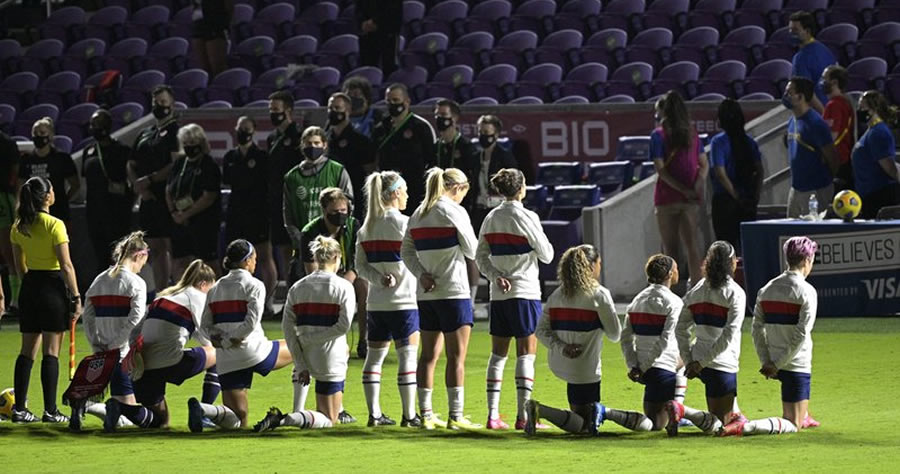 The United States Women’s Soccer team has long been at the forefront of the social justice movement. Ever since Colin Kaepernick began taking a knee before NFL games, Megan Rapinoe and the USWNT have been vocal about what they see as injustices in America as well as their support of the Black Lives Matter movement.

Their repeated decision to kneel as a form of protest has angered much of America. So much so that many Americans were actively rooting against the team as they attempted to win the gold medal at the Tokyo Olympic Games.

Their loss in the semifinals to Canada was treated with borderline joy, with many blasting the team for kneeling before their first game of group play against Team Sweden in Tokyo.

Former USWNT goalie Hope Solo joined “All Of US: The U.S. Women’s Soccer Show” last week, and dished on the state of the team as well as the polarizing act of kneeling by members of the USWNT.

“I do appreciate the fact that there’s no National Anthem before the game to really remove that decision from athletes,” Hope said. “Because that’s really tough.”