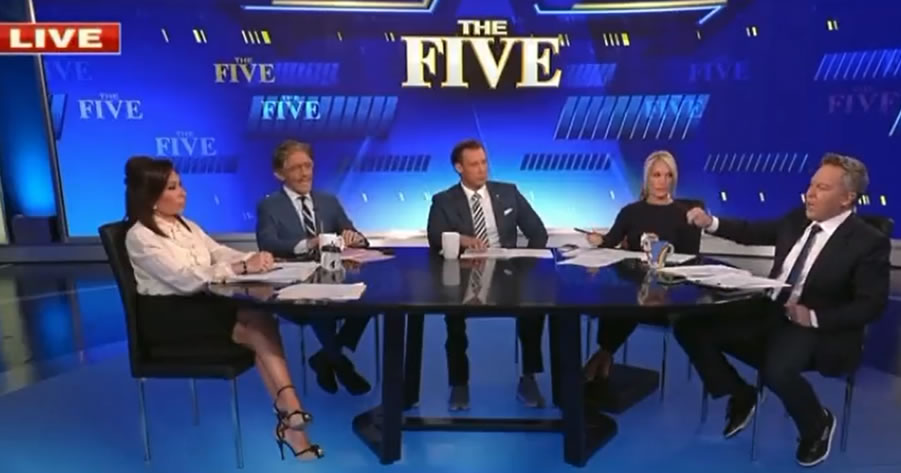 Fox News dominated CNN and MSNBC in the month of May, beating their combined viewers in both the key 25-54 age demographic and in terms of total viewers –for the 10th straight month.
MSNBC came in second place among the three networks in terms of total viewers, while CNN landed in second in the demo. MSNBC has seen its demo viewership drop sharply in recent weeks and ended May with its lowest day time demo average since November 1999 and its lowest prime time average since May 2004.

Fox News scored the top 7 programs in the month of May, with the Monday-only Rachel Maddow Show landing in 8th place for the month.

Fox scored the rest of the top twenty shows, with the exception of Lawrence O’Donnell, Chris Hayes, Nicolle Wallace, and MSNBC Prime scoring the 16th through 19th slots –respectively.

Gutfeld’s late-night panel show continues to surge past its competition, landing in second place behind Stephen Colbert for the month of May. While beating Colbert multiple times in May, Gutfeld’s 2 million viewer average wasn’t quite enough to surpass the CBS mainstay, but did surge Fox past ABC’s Jimmy Kimmel Live! and NBC’s The Tonight Show with Jimmy Fallon in total viewers. Gutfeld also beat Comedy Central’s The Daily Show and TBS’ Full Frontal with Samantha Bee in both total viewers and in the key younger age demographic.

CNN’s top-rated show in May was Anderson Cooper 360, which hauled in an average of 759,000 total average viewers and landed in 25th place overall. CNN fared much better in the demo, however, landing four shows in the top twenty – including Anderson Cooper 360 which ranked 17th in the demo.

Here are the total day averages in total viewers and the 25-54 category for a seven-day week during the month of May.

Here are the prime time averages — encompassing shows which air from 8-11 p.m. — in total viewers and the 25-54 demo for a seven-day week during the month of March.