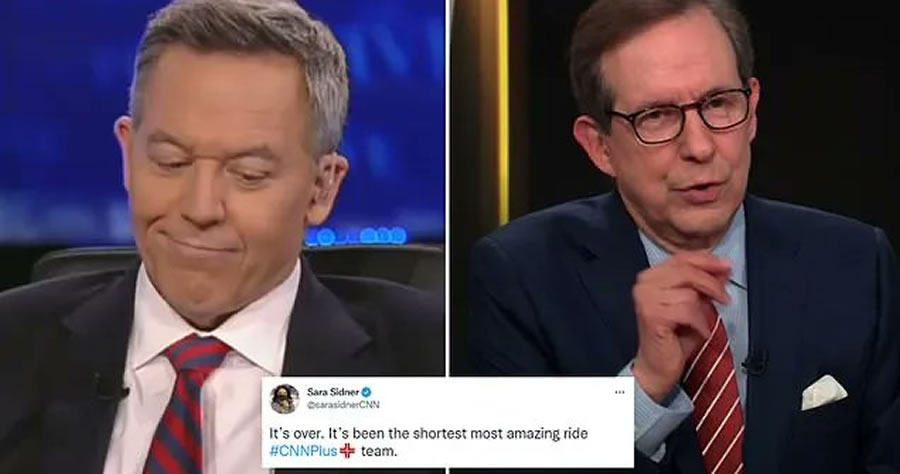 The astounding collapse of CNN’s heavily hyped new streaming service CNN+ which is folding its tent after only one month due to a complete lack of interest had many rejoicing over the epic failure of the self-proclaimed “most trusted name in news” and its ill-fated entry into the digital world.

Fox News hosts, in particular, basked in the news, reveling in the schadenfreude of CNN+ detonating while barely off the launching pad, an implosion made all the more delightful because of the fate of longtime anchor Chris Wallace who jumped ship for the competitor’s new venture.

Tucker Carlson was among those on Fox who skewered Wallace during a segment with Fox Business reporter Charles Gasparino who broke the news last month that CNN+ was dead on arrival, the chyron at the bottom of the screen read, “Nobody signed up to watch Mike Wallace’s son,” referring to Wallace’s father, legendary “60 Minutes” reporter Mike Wallace.

Gasparino discussed the lack of attractive content on CNN+.

“They got some blowhard from NYU, Scott Galloway, talking about tech, I mean the guy,  I don’t understand why people would tune into this guy, and I guess, Chris Wallace, the aforementioned Chris Wallace,” he said. “ You know, I’m not going to critique his journalism abilities, I’m sure he’s very good at his job, I don’t watch him much, I didn’t watch him much when he was on our network.”

Carlson cracked up, “I’m with you, man,” as the two chuckled about Wallace.

Also piling on his former colleague was Greg Gutfeld who repeatedly took shots at Wallace throughout Thursday’s edition of “The Five,” joking that the Democratic Party bench is “thinner than Chris Wallace’s demo reel from CNN+,” one of many jabs at the former Fox News anchor.

In another dunk on Wallace’s ill-fated move, Gutfeld said, “BLM has done to black people what Chris Wallace did to CNN+, he enticed them with a promise and then ditched them on the side of the road.”

“I’m going to do this every segment so just get used to it,” he added.

Fox’s Greg Gutfeld has been taking shots at Chris Wallace on The Five this evening: “The Democratic bench is thinner than Chris Wallace’s demo reel from CNN Plus.” pic.twitter.com/zzwXiAEN9X

Greg Gutfeld: “BLM has done to Black people what Chris Wallace did to CNN+. Entice them with a promise and then ditch them on the side of the road. I’m going to do this every segment, so get used to it!” #TheFivepic.twitter.com/fzTlwyn2Ss

“A lot of these solutions that are coming from the left are unreliable, whether it’s solar panels or windmills. I mean look at CNN+, how much money they invested in wind power by hiring Chris Wallace.” pic.twitter.com/EdjbCrpIPV

Judge Jeanine: "I was sitting next to a guy who was drunk on a plane and he vomited all over me."

Gutfeld: "Was it Chris Wallace?" pic.twitter.com/USiBI8CYuf