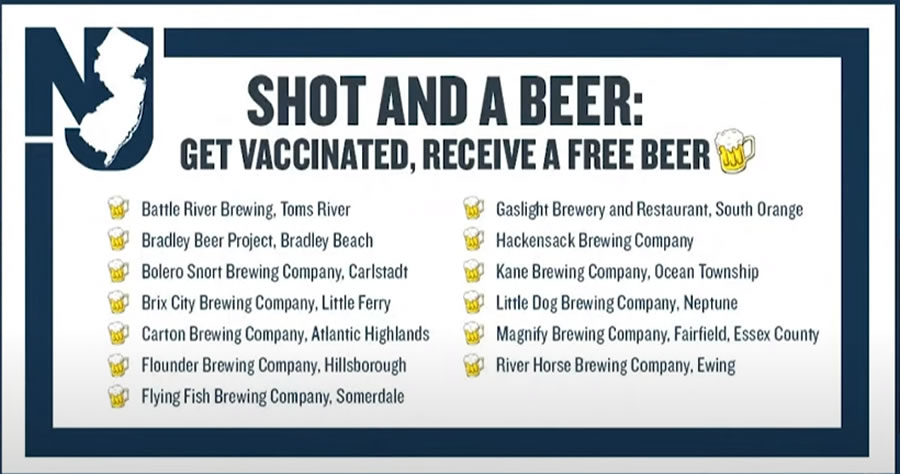 Aprogram Saturday in New York’s Erie County in which residents received a free pint with their first COVID-19 shot, resulted in a record number of vaccinations, says the county’s top elected official.

“It’s been a success, he told The Buffalo News. “We figured it would be pretty good, but now we’re seeing the results.”

The county partnered with a microbrewery Resurgence Brewing Company for the “Shot and Chaser program.”

Erie follows other local government with such a program including New York’s Suffolk County and New Jersey, in an effort to get more Americans, particularly younger people, vaccinated, as participation rates slow after an initial surge.