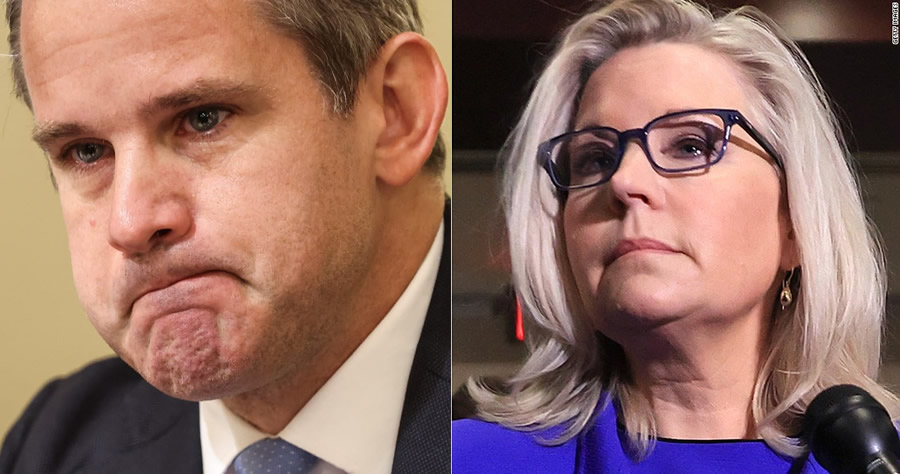 Biggs drafted a letter, CNN reported Wednesday, to McCarthy calling for Kinzinger and Cheney’s removal because of their role in House Speaker Nancy Pelosi’s orchestrate investigation of the storming of the Capitol on Jan. 6.

“This proposal is not because of a policy or political difference, but because some members have chosen to work with the Democrats to investigate and potentially remove Republican members from the House,” the letter says, according to a draft copy obtained by CNN. “Republican Conference meetings are an opportunity for elected House Republicans to come together and strategize the most effective path to push back on the radical policies of Speaker [Nancy] Pelosi and the Democrats.”

Newsmax has not been able to verify or confirm the draft letter, which CNN said was dated Sept. 2.

“Many of the coming discussions will likely revolve around our defense against the Democrats’ perpetuation of the false narrative that Jan. 6 was an insurrection, and how to protect our own from their legally questionable investigative methods,” the letter continues. “Congresswoman Cheney and Congressman Kinzinger are two spies for the Democrats that we currently invite to the meetings, despite our inability to trust them.”

Kinzinger and Cheney both voted to impeach former President Donald Trump for “inciting” the riot at the Capitol on Jan. 6, when several hundred supporters of the former president stormed the building during a joint session of Congress as it worked to verify the final Electoral College tally from the 2020 presidential election.

Unarmed U.S. veteran Ashli Babbitt was shot and killed by a security officer when she attempted to climb through a broken window in a door in the Capitol.