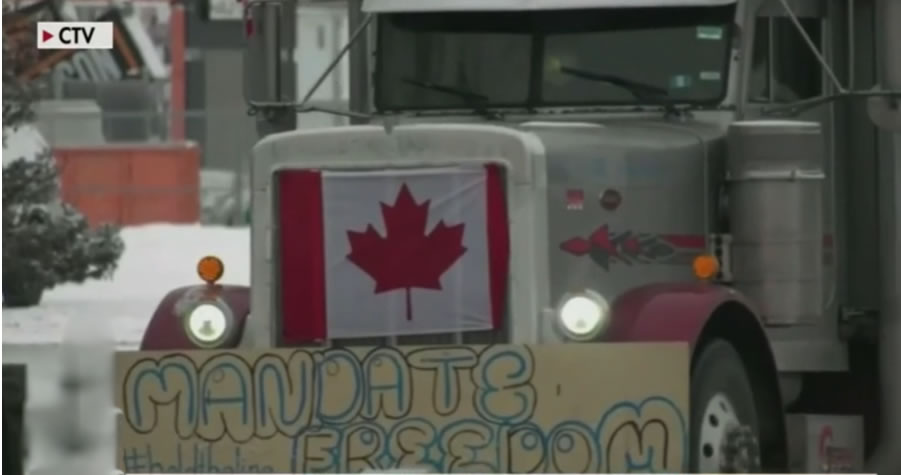 The massed ‘Freedom Convoy 2022’ of Canadian truckers currently stationed around the capital Ottawa is close to raising $10m to support its cause of defeating Prime Minister Justin Trudeau’s “political overreach,” according to the protest GoFundMe page.

The GoFundMe page set up by protest supporters clearly shows Tuesday the money pouring in to the cause from across the nation, with backers happy to dismiss the sneering attack by Prime Minister Justin Trudeau who labelled the anti-mandatory vaccination trucker convoy a ”fringe minority” with “unacceptable views.”

The Independent reports this amount is higher than the money raised by major federal political players of Canada during the closing months of 2021, public records with Elections Canada showed.

Canadian Prime Minister Justin Trudeau and his family have reportedly fled their home in Ottawa for “a secret location,” as thousands of truckers traveling in a “freedom convoy” to protest vaccine mandates made their way to its capital city. https://t.co/ZMKF6EEw8z

The New Democratic Party raised $1.8m, which was followed by the Green Party of Canada which raised about $800,000.

However, the “Freedom Convoy 2022” protest has already raised $9,553,300 CAD of its desired $10,000,000 goal, defeating the argument used by detractors that the convoy is somehow made up of outsiders, misfits and those living on the edge of civilized society.