From The January 6th Clown Show To Monkeypox… Does Anyone Really Believe This Is Unintentional? 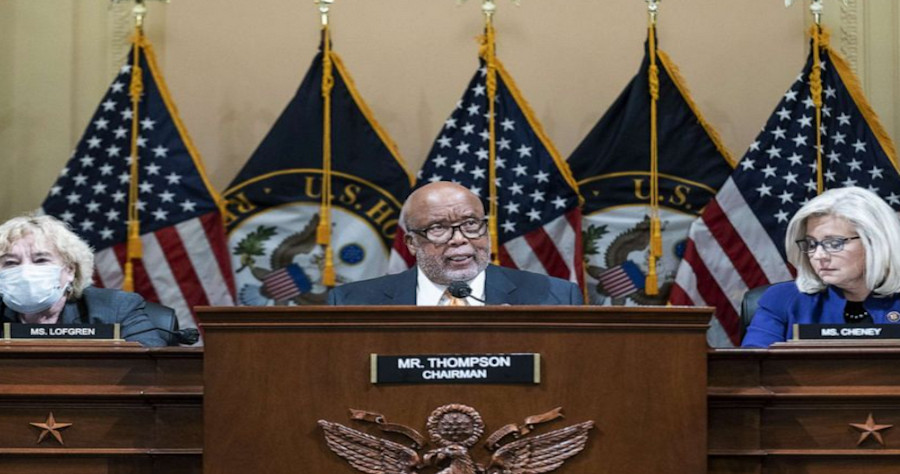 It’s a dangerous game trying to beat down the population this way, and to what end, exactly?

The made-for-TV January 6th Capitol Riot hearings kicked off last night with tribute video of a whole lot of pissed-off ordinary Americans marching on the stately building where, that fateful day, the final certification ceremony of a blatantly dishonest election was underway after, mind you, four years of seditious machinations by a weaponized bureaucracy aimed at disabling and destroying the sitting chief executive — in case it’s unclear why the huge crowd flocked to the capital city in the first place.

The Party of Chaos is playing its hand: a select committee of seven deuces and two jokers. Do they look like they’re going to get through this extravaganza without humiliating themselves? You never know what might come out of some witness’s mouth, despite the orchestrations of former ABC’s Good Morning America producer James Goldston, brought in to cement the narrative in the collective public brain, pre-softened with years of manifold media mind-fuckeries.

It’s the centerpiece of their midterm campaign. And I submit that it may be just a little premature as it becomes increasingly clear that the Party of Chaos, led by the “winner” of the 2020 election, “Joe Biden” and unseen handlers, have nearly completed their mission of destroying the USA as an ongoing enterprise. Broken economy, broken health, broken military, broken law enforcement, broken culture, broken morale. They sure got’er done. Do they think nobody noticed?

If the January 6th Committee show is short-and-sweet, say a few weeks, it will be quickly forgotten in the welling summertime heat as the great masses of America groan under $5… $7… maybe $10-a-gallon gasoline prices (or maybe no gas at all) while diesel prices at $6.50 today are already destroying the trucking industry — and thus the entire system for delivering all goods around the country. The zeitgeist is quivering with intimations of food shortages and the philosopher reminds us that any given body politic is just nine missed meals away from bloody rebellion. Have another look at that motley January 6th committee group photo and consider the lampposts along Pennsylvania Avenue.

It’s a dangerous game trying to beat down the population this way, and to what end, exactly? I doubt that even the Blue Team could articulate it… or would dare to… because at this point their sole aim, really, is to hide their many acts of criminality over a span of the past six years and escape prosecution, a compelling motive. And it’s getting harder and harder to conceal all that, especially their campaign to physically harm over 200-million people with mRNA “vaccines.” The body-count is rising — way higher even than deaths from the hypothetical “pandemic” that the “vaccines” were supposedly concocted to vanquish, and spectacularly failed to.

And was this Covid-19 “pandemic” itself cooked up tacitly to disorder the 2020 election with mail-in ballots so easily replicated, harvested, and stuffed by the bale into drop-boxes under cover of night? Kind of looks like it, more and more. And now, the Party of Chaos is so keenly desperate to stay out of prison that they apparently seek to repeat the trick in the fall midterm, which is otherwise quite certain to sweep them ignominiously off the game board like so many misplayed quoits.

Thus: monkeypox, the visitation of weeping pustules far more visually horrifying than was Covid-19 in all its spikey iterations, if actually hardly lethal. The hopelessly corrupt CDC has already gotten into the act with its guidance to mask-up on airplanes against this new plague. Perhaps travelers would do better wearing condoms on their noses. Apparently, monkeypox spreads by means of intensely intimate flesh-to-flesh contact. The current outbreak popped up following a giant sex rave in the Canary Islands, men having rough sex with other men. Suspicions abound that this monkeypox bears the earmarks of something engineered in a lab. Jeez, d’ya think?

If there is a God, when judgment is at hand, a jury in the court of the angels will bum-rush this Party of Chaos into a special hell of an eternal drag queen story hour, featuring Rep. Adam Schiff (D-CA) reading Uncle Remus to an assembled multitude of howling Jacobins, Bolsheviks, and Maoist Red Guards. Refreshments will not be served. Ever.