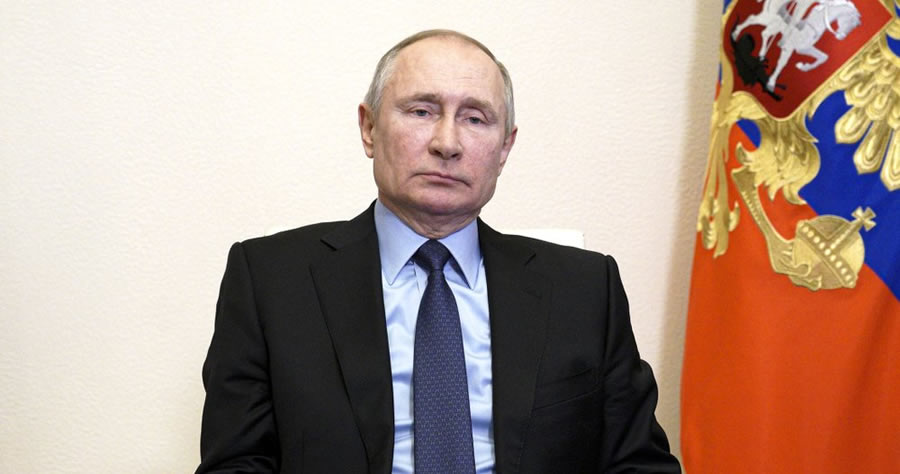 Russia has started a ‘hybrid war’, it was feared tonight, as several key Ukrainian websites, including banks, government departments and the ministry of defense, were hit by a massive cyber attack.

Ukraine has been under constant attack from Russian and Kremlin-backed hackers since Moscow’s 2014 annexation of Crimea.

Cyber espionage, damage to databases and servers, disruption to power and communications and disinformation are all now routine weapons in the Russian armoury.

Tonight, several major Ukrainian banks, including PrivatBank, Oschad and the State Savings Bank of Ukraine, experienced issues with transactions and mobile apps, along with other outages at the Ministry of defence and armed services websites.

Ukrainian media reported that customers were finding that their banking apps were not working and people could not pay for goods with cards.

A statement from the ministry of defence in Kyiv, released on Facebook, said they had suffered a probable DDoS (distributed denial of service) attack – a malicious attempt to disrupt a server or network by overwhelming the target with a flood of internet traffic.

The statement added: ‘Scheduled technical work is currently underway on the restoration of the regular functioning of the web portal of the ministry.’

The government agency defending Ukraine against cyber wars, the Centre for Strategic Innovation and Information Security, tried to calm fears.

In a statement on its Facebook page it said: ‘ATTENTION: THERE IS NO THREAT FOR PRIVATBANK’S DEPOSITORS ‘FUNDS.

‘For the last few hours, Privatbank has been under a massive DDoS attack. Privat24 users report problems with payments and the application in general. Some users do not manage to log in to Privat24 at all, others do not display the balance and recent transactions.

‘Privat assures that there is no threat to depositors’ funds. The cyberattack concerns only the Privat24 application. The rest of the financial transactions are performed normally.

‘Oschadbank also has failures, and Internet banking is down.

‘The websites of the Ministry of Defense and the Armed Forces of Ukraine were also attacked. It is possible that the aggressor resorted to the tactics of petty mischief, because by and large his aggressive plans do not work.’

With Russia massing more than 130,000 troops on the Ukraine border and western powers expecting a full-blown invasion, the Kyiv government and independent experts have always expected hostile cyber activity to increase in an effort to destabilise the country before or during any attack.

The news came after a day of mixed messages from the Kremlin with claims that their forces on the borders of Ukraine were being withdrawn after ‘military exercises’ were met with scepticism by NATO and western observers who said they had seen no signs of de-escalation.