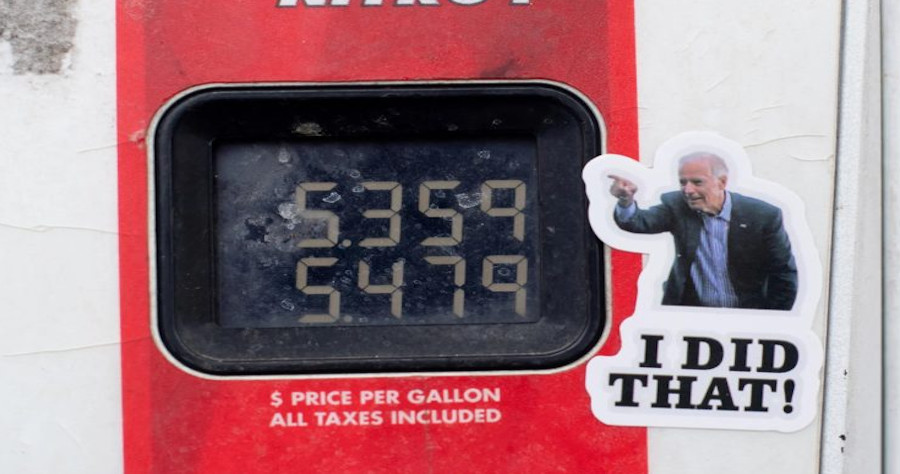 An increase in crude oil prices have led to renewed pain at the gas pump for many U.S. residents despite a slight drop in demand, according to automotive club AAA on Thursday.

The average price for regular gasoline increased by 2 cents per gallon around the country since Monday to $4.14. Gas pump shock hit some states particularly hard, including Delaware, which saw an increase of 22 cents this week, followed by a 16-cent increase in Maryland and a 10-cent jump in Indiana.

Gasoline demand decreased from 8.87 million barrels per day to 8.74 million.

At the end of Thursday, the U.S. benchmark West Texas Intermediate prices rose 3.4% to $105.47 per barrel while the international benchmark Brent crude jumped 2.4% to $105.78 per barrel, according to the Energy Information Administration.

Patrick De Haan, heads of petroleum analysis for the website GasBuddy, said diesel fuel, which is used in many of the country’s transportation vehicles that deliver goods nationwide, saw its price reach a record high average of $5.16 per gallon on Friday.

“While gasoline prices get much of the attention, diesel, which broadly is the fuel that moves the economy, has quietly surpassed its recent record high as distillate inventories, which include diesel and jet fuel, have plummeted to their lowest level in years,” De Haan in a statement.
RELATED Gas prices edge higher as price of oil fluctuates

“Should distillate inventories fall another five million barrels, which is less than 5%, they will be at their lowest level in nearly 20 years, compounding the problem. There’s no quick solution as the economy has seen a robust turn around, made worse by Russia’s war on Ukraine as the West fences off Russia’s oil.”